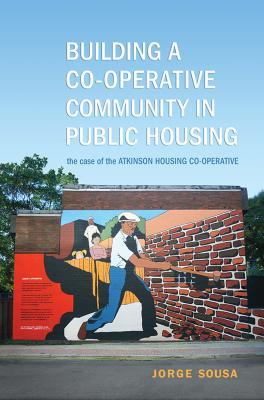 Public housing projects were the original form of government supported housing for low-income residents. Over the last fifty years many projects have struggled with high crime rates and numerous social problems. One solution proposed to address these ongoing issues is granting residents decision-making power within their community by converting into a co-operative. Building a Co-operative Community in Public Housing follows the journey of a Toronto public housing complex as it was converted into a resident-operated co-operative, a first in Canada.

Jorge Sousa traces the story of Alexandra Park, which became the Atkinson Housing Co-operative in 2003 after a ten-year conversion process. Sousa, who himself was raised in the community, provides an empirical account of the contributing factors that influenced its decision to pursue community-based control, as well as the experiences of both residents and government officials engaged in this process. Finally, Building a Co-operative Community in Public Housing offers a framework for other communities facing similar circumstances who want to learn how to go about undertaking this process.

Jorge Sousa is an associate professor in the Faculty of Education at the University of Alberta.