Five eligible nominations were received by the deadline, leading our Elections Officer, Yvon Poirier, to call an election to fill the four seats on the Board.

The 2015 Election for CCEDNet’s Board of Directors was held through a new online system from April 29th to May 11th. The Elections officer approved a ranked-choice voting system as is used in Scotland.  By putting candidates in order of preference, the choices allow the election of four candidates who are supported by the majority of voters.

After validating the results, the Elections Officer declared elected for three-year terms:

These results were ratified at CCEDNet’s Annual General Meeting of the members on May 29.

Congratulations to these amazing CED leaders from across Canada, who join CCEDNet’s dedicated Board of Directors.

As Project Coordinator, she works with the 16 CF offices to strengthen their capacity to assist rural, northern an Aboriginal communities in strengthening their business sector and build capacity for CED. Christine has been actively involved with CCEDNet, sitting on the annual CED Gathering planning committee since 2004. She was also a member of the planning committee for the 2009 National CCEDNet Conference in Winnipeg.

Christine works with Community Futures offices each year to plan their annual provincial conference, which is promoted to CED service providers across the province. She also handles the association’s marketing and communications activities. Recently she was pleased to be a member of CCEDNet Manitoba’s Interim Governance Committee to develop a model for improving communication and efficiency in the Network. 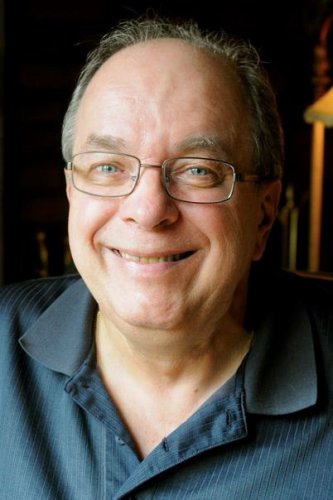 My background includes management positions in the public and private sectors as well as wide experience in the community sector where I helped support service and advocacy groups, worker and consumer co-operatives, and other social agencies.  I have been active in CED for more than 25 years, notably as Coordinator of the first community development corporation in Québec and as Co-Director of the Canadian CED Network.  For more than 20 years, I have been a researcher in the field and on the subjects of empowerment-based interventions, local community development and the social economy, with publications in English and in French.  I have taught at the School of Community Economic Development at Southern New Hampshire University and in the CED program at Concordia University.  Currently I am also Associate Professor at the Université du Québec en Outaouais.

Élodie is Executive Director of the Association des francophones du Nord-Ouest de l’Ontario in Thunder Bay.  She has worked in CED with francophone communities in Ontario and the Northwest Territories for several years and has a keen interest in social enterprise.  Following graduate work in political science (specialization in international political economy) at the Université de Montréal, she did research for a UN agency in Chile on economic development and education and worked on youth inclusion projects with new technologies in Morocco.

I am keenly interested how we can better use community economic development to enhance rural and northern regions. Over the past ten years I have been working with voluntary organizations, communities, and government on CED initiatives focused on rural development, philanthropy, governance, and public policy. I am an assistant professor of geography at Saint Mary’s University and the past-president of the Canadian Rural Revitalization Foundation. I have been actively engaged with CCEDNet through a number of board committees and served on the executive. I would like the opportunity to continue my engagement with the Board of Directors to further advance CCEDNet’s mandate, to enhance CCEDNet’s presence in Atlantic Canada, and strengthen our membership engagement.