I had a feeling of being privy to an historic moment as I listened in on a call this week about designing a new ecology of practices to make more visible, connected and alive Canada’s community economy, new economy or whatever the most apt term might be.

Peter Pula of Axiom News shared conversation with a couple of folks respected in the country’s community economic development and social enterprise spaces as thought and action leaders, David LePage of Accelerating Social Impact CCC and Mike Toye of the Canadian Community Economic Development Network. Anne Jamieson of the Toronto Enterprise Fund is a close member in the conversation circle even though she wasn’t able to make Tuesday’s call.

So many people are working on common social development and community-building goals yet they’re siloed.

There is very real community work to be done in terms of introducing folks from silos to each other at a grassroots level as well as in a continuity of conversation.

Peter and his guests began to shape out a recurring pattern of national exchanges that also make room for local connections.

Marry that with related story artefacts and an infrastructure for moving those around and you’ve created something that’s emergent and living, but very real and connected and also very visible.

The ultimate goal is to hold a life-giving, generative space for new things to emerge across Canada’s community economy.

It was encouraging to hear the suggestion that the content of these dialogues not be determined by a couple of people “in an ivory tower” but that this direction come from those active in the community economy as they share their stories and what’s burning most strongly for them right now in terms of a challenge, energy point or new vision.

It was also thrilling to hear talk of including workshop sessions for people interested to build their skills in hosting their own small-group conversations or making media artifacts, so that they have that capacity to bring back to their local spheres of influence.

And it was neat to get clarified what role celebrities or thought provocateurs or conversations catalysts might play in all of this – not as the central figures, but to create the constraints for creativity to flourish in the places where it matters most – the authentic, small-group conversations.

Talking with folks from disparate fields over the last few years – from the community living sector to engineering to the social enterprise sphere – I’ve been struck by two recurring themes, seemingly paradoxical and yet, on fuller thought, clearly pulling from the same deeper well of longing.

People from the senior leadership of corporations and non-profits, government departments as well as grassroots folk talk of a need to break out of our silos, to collaborate, to talk together and work together – because ultimately, truly, we have more in common than we might think and together we can do more than alone. Usually, they’re also talking about crossing geographic divides.

Then there’s this tightening to the local scene, to neighbourhoods and local economies as the most promising spots of real thriving.

What I find so exciting about what was being shaped in that call this week is that this new ecology, if done right, provides a new way to enable and strengthen all of that.

This article was originally posted by www.axiomnews.com on December 18, 2014 and appears here with permission. 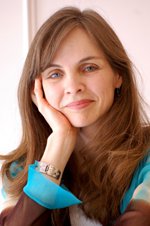 Michelle Strutzenberger brings more than 10 years of experience in writing, social media, curation and digital distribution. Subject areas of interest include creating abundant or deep communities, social-mission business, education that strengthens kids’ sense of hope and possibility and journalism that helps society create its preferred future. She is currently supporting the development of Axiom News podcasts. Contact Michelle at michelle at axiomnews.com.