CCEDNet member David Upton was thrilled at the invitation to present on the opportunities social enterprise has to offer Nova Scotia, as a new effort seeks to change the future course of the economically and demographically challenged province.

Nova Scotia stands at a crossroads, a report on the province released last year identifies. A bright future is not guaranteed and there is a critical need for a collaborative effort to create positive change.

“If Nova Scotia’s economy were performing well today in providing jobs, sustaining communities and supporting high quality public services, the wise advice would be to stay the course and avoid major changes,” the One Nova Scotia (One NS) Report states.

“But this is not our situation, nor does the future outlook promise relief.”

The report identifies some fairly significant economic and demographics issues facing the province. It also lists goals to strive towards to ensure growth and prosperity.

The Nova Scotia Coalition on Building Our New Economy has now been struck by Nova Scotia’s government. The coalition consists of multi-sector, all-party representatives and is intended to generate collective, collaborative action to build a better province. As the One NS report states, “A province-building project is not dependent on government policies or the state of the world economy. It is about us, our courage, our imagination and our determination to do better.”

The coalition has been meeting monthly through 2014 on the various themes of the report, discussing how government, the private and non-profit sectors and others can work together to create the province everyone desires. 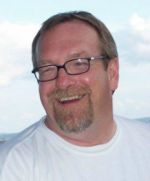 The current theme is youth and social entrepreneurship.

A respected and active player in the social enterprise sphere, David presented at the commission’s Nov. 27 meeting, which included the premier and party leaders.

“We’re really encouraged by the willingness (of the commission) to include us in the conversation and now we’re really hopeful that in an expedient way they’re going to respond positively to our reaching out,” David says.

Dr. Gaynor Watson-Creed is a medical officer of health and One NS commissioner. She says she believes the possibilities that social enterprise presents are “huge” for a few reasons.

“The One Nova Scotia Report is first of all a call to action around revitalizing Nova Scotia’s economy and so when we’re talking about that, the social enterprise sector can do a number of things for us,” Gaynor says.

She goes on to note that businesses generate economic productivity, which is an opportunity in and of itself.

“Second, social enterprises are compelling businesses because the product is a social good and so they become an attractant to Nova Scotia for individuals who are looking for that type of opportunity in the workforce.”

Gaynor also notes the draw that social enterprises poses for the province’s young people “who are telling us that they are looking for opportunities to be involved in work that is meaningful and creates good within their communities.”

Finally, as a public health professional, Gaynor sees the opportunity to address complex issues with an “outside-of-the-box” approach through engaging the social enterprise sector.

“The reason I get excited about that is that it creates the opportunity for us to do some fundamentally different things about complex problems that have dogged us for decades in some cases.”

Looking ahead, Gaynor proposes that much of the social enterprise talent in Nova Scotia is hidden. “The critical piece will be to elevate that, showcase it and invite the wisdom that’s there to help us tackle these complex problems that are named in the One NS report,” she says.

“We thought those were all doable requests, places that the government could start to collaborate (within) that, in this severe financial crisis, wouldn’t cause undue stress on the treasury but would in fact help improve the treasury situation as it relates to the social cause,” David says.

The six action items include: