On July 18th, the CCEDNet – Manitoba staff team spent the warm and windy day alongside hundreds of volunteers swinging hammers as part of a week-long blitz to build Habitat for Humanity homes. It was fun, it was hard work, and it was inspiring to see so many dedicated people doing their part to reduce poverty in Winnipeg. I am so thankful that Habitat does all the hard work of organizing these events and mobilizing volunteers. The people on our teams were of diverse ages and backgrounds, including some amazing volunteers who dedicate their vacation time every summer to Habitat building projects. And driving home the whole purpose of the day was the presence of the proud, grateful, and energetic soon-to-be homeowner whose house we were constructing.

Since Habitat for Humanity was founded in Georgia in 1976 with the mission to reduce poverty through housing and homeownership, it has built and renovated more than 800,000 homes for over 4 million people, making them the largest non-profit builder in the world. In many communities, they also run social enterprises called Re-Stores that collectively generate millions of dollars for Habitat’s work. The first Re-Store was created in Winnipeg in 1991, and now there are 65 in Canada and 750 in the US.

This isn’t a charity model. Homeowners earn the home with a down payment of 350 – 500 hours of sweat equity and assume the mortgage payments and responsibilities. The collective effort simply makes it more affordable for families that would otherwise not be able to achieve homeownership.

While charity usually doesn’t address root causes of a complex problem such as poverty, the Habitat model enables homeownership – a permanent asset that creates long-term stability. Unlike a band-aid solution, the home ensures the family does not return to the same situation it was in before.

Eliminating poverty will require so much more than just housing (see The View From Here: Manitobans call for a poverty reduction plan), but it certainly is an important place to start. We also know that the need for affordable housing is so much greater than eight homes. As a start, we need thousands of new social housing units in Manitoba through a mix of co-operative, non-profit, and public housing. However, creating eight homes that didn’t exist before matters. 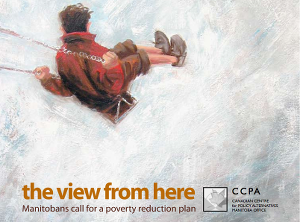 One of the unique features of the Habitat model is the opportunity for thousands of people to get involved in creating these solutions. Hopefully, it also deepens their understanding of why poverty exists in the first place, why Habitat needs to exist in a society as wealthy as ours, and that these dynamics exist because of the social and economic systems we as a society have constructed. Poverty is not inevitable. Poverty does not exist because there are not enough resources to go around in our world. It exists because of the systems and “rules” we have adopted that influence how the resources in our society are distributed. We have accepted a system where some people are simply excluded from the benefits of our society’s wealth. Mobilizing hundreds of citizens to build eight homes to change the lives of eight families in need (and hopefully the lives of the builders) is important and real, but we must never lose sight of the bigger picture. To that end, Habitat’s engagement with many thousands of interested North Americans is not only an excellent building opportunity, but a potential learning opportunity.

Housing is a human right. And yet, thousands of Manitobans do not have a place to live. The reasons for this societal failure are many and they are complex, as are the solutions. But every bit matters, and the opportunity for us to have a great day together doing something meaningful that will make a very long-term and real difference for eight families was something that was fantastic. We do our part where we can and with what we have – never losing sight of the fact that the full solutions to ending poverty will not be achieved 1 (or 8) house(s) at a time, but when we all decide that we are willing to share the resources required to end poverty and homelessness. It can happen, if we really want it to. 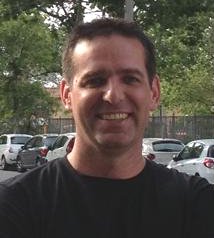 Brendan Reimer is the Manitoba Regional Director for the Canadian CED Network. He is also the manager of CCEDNet’s Enterprising Non-Profits – Manitoba program and a member of the Social Enterprise Council of Canada.