Black People and Social Finance: Money Pools Counteract Racial Capitalism of Minorities in the West builds on the seminal edited work by Ardener and Burman Money Go Rounds (1996) in which ROSCAs build the social and economic power of excluded people. Rotating and Savings Credit Associations (ROSCAs) are voluntary co-operatives that are purposely informal and carried out by people around the world for different reasons. Racialized people who are routinely denied access to goods and services turn to diverse finance economies as a way to provide self-help to each other, embrace cultural traditions and to counter exclusionary business. While the concept of ROSCAs has been explored greatly in the Global South, very little has been done where there is extreme business exclusion of Black minorities resulting in vibrant ROSCA culture. Black People and Social Finance will draw on Hossein’s (2019; 2018; 2013) concept of the Black Social Economy, and the politicized acts of resistance within collective finance, and Cedric Robinson’s racial capitalism theory and what this means in building group economies for Black minorities.

In spite of everything the African diaspora must endure in society, they have defied societal abuse and pressures to ‘modernize’ as they hold group economics through the use of ROSCAs. The book will document examples of ROSCAs in a case study format and show how Black people in the Global North organize ROSCAs, and give details of the mechanics of these groups in a specific cultural context. All authors are encouraged to draw on feminist and racialized scholars who write on political economies for minorities in the West. 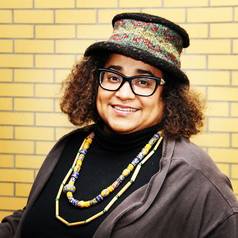 Editor: Caroline Shenaz Hossein is Associate Professor of Business & Society in the Department of Social Science at York University in Toronto, Canada and Founder of Diverse Solidarity Economies (DiSE) Collective, a group of non-white scholars and activists fighting for a place to engage through scholarship and activism on the Black Social Economy. Author of Politicized Microfinance: Money, power and violence in the Black Americas (University of Toronto Press, 2016) winner of the W.E.B Du Bois book award and Agarwal Book award from IAFEE. She is also the editor of The Black Social Economy: Exploring community-based diverse markets (Palgrave Macmillan, 2018).