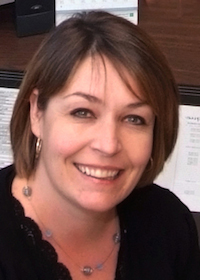 After 12 years on CCEDNet’s Board of Directors, including terms as Treasurer, President and Past-President and host of the national conference, Caroline Lachance stepped down this fall.

Caroline was first elected to the Board at the 2002 Annual General Meeting in Winnipeg, and represented ÉCOF-CDEC de Trois-Rivières for most of her time as a Director.  Nervous about her ability to communicate in English at first, she persevered and played a key role in organizing and hosting the 2004 National CED Conference in Trois-Rivières, and was instrumental in improving CCEDNet’s financial policies and systems during her tenure as Board Treasurer.  She accepted the role of Board President in 2009 and led the Board for four years through a key period of CCEDNet’s organizational development.

The Board of Directors extends its warmest gratitude to Caroline for her exceptional contribution to CCEDNet and the CED movement in Canada.

CCEDNet’s Board is pleased to announce that at its October meeting, Élodie Bedouet was appointed to the Board of Directors for a term expiring at the next Annual General Meeting.

Élodie is Executive Director of the Association des francophones du Nord-Ouest de l’Ontario in Thunder Bay.  She has worked in CED with francophone communities in Ontario and the Northwest Territories for several years and has a keen interest in social enterprise.  Following graduate work in political science (specialization in international political economy) at the Université de Montréal, she did research for a UN agency in Chile on economic development and education and worked on youth inclusion projects with new technologies in Morocco.

Learn more about CCEDNet’s Board >>