As the 28 weavers and other skilled workers of a small English town set their minds to creating a new business model back in 1844, I wonder if they had any vision for what their innovation would become. Their profound legacy is a global movement with incredible economic and community impact that we celebrate this week. You may be surprised to hear what has become of the groundbreaking work of this small group of local leaders!

Never doubt that a small group of thoughtful, committed citizens can change the world; indeed, it’s the only thing that ever has. —Margaret Mead 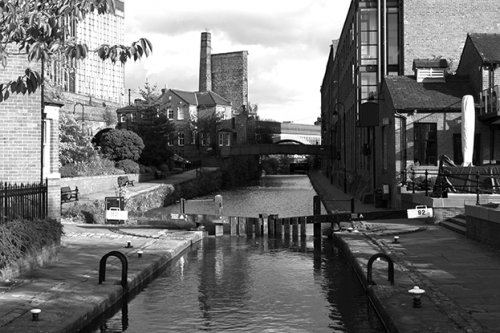 What the Rochdale Society of Equitable Pioneers understood was that, even as fully employed skilled workers, they were struggling in poverty and unable to access many very basic needs. They knew that they did not control the market, and that the primary focus of the market was not about ensuring their well-being.

Their innovation was transformative—it put the power in their hands through a democratic, collectively owned enterprise entirely focused on their well-being. It was a union of people rather than a union of money; the focus was serving people rather than serving money—although sound and sustainable business practices were essential to ensuring that the members’ needs were met for the long-term.

The principles of co-operation that these early pioneers established to guide their business model have stood the test of time and continue to guide co-operative business practices around the world to this very day. 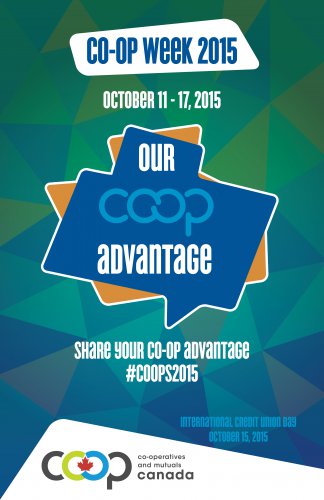 A co-op is an organization owned by the members who use its services (consumer co-op, including credit union), work there (worker co-op), live there (housing co-op), or by a combination of stakeholders (multi-stakeholder co-op). While some are non-profits, most are for-profit businesses. They are governed by members who are elected by the membership.

Co-ops can provide any product or service, and exist in every sector of the economy. The difference is that they are democratic, collectively owned and controlled by users of the organization, and focused on member and community well-being. Research in several Canadian provinces also reveals that a co-operative business is twice as likely to succeed over time as compared to a traditional business model.

The waves of co-operation spread from Rochdale, and within 10 years there were over 1,000 co-ops in England. The concept captured the imagination of communities throughout Europe, and soon expanded across the Atlantic. Late in the 19th Century, the co-op movement spread into eastern Canada, reaching western Canada around the turn of the century—both primarily focused on serving the agricultural and financing needs of farmers.

Today, co-ops employ over 250 million people around the world. In Canada there are 18 million members of 9,000 co-ops, who contribute over $50 billion to the Canadian economy and support over 600,000 jobs. More than 100,000 members are involved in governing their co-operative. Manitoba is home to over 350 co-ops. In 2010, Manitoba co-ops created over $1.7 billion in economic value to the Manitoba economy.

Celebrate Co-op Week With Us!

Assiniboine Credit Union, as a values-based financial co-operative, is grateful for the determination, inspiration, values, and vision of those early pioneers in Rochdale and we celebrate with pride the global co-operative economy that continues to create incredible social and economic impact around the world today for so many people and communities.

4 Ways You Can Participate:

Brendan Reimer is Assiniboine Credit Union’s Strategic Partner of Values-Based Banking. As the former Manitoba Regional Director at the Canadian CED Network, member of the Social Enterprise Council of Canada, former board member at LITE and former member of ACU’s Board of Directors, Brendan is a passionate educator and organizer dedicated to creating inclusive, fairer, and more sustainable economies and communities.