Such models, not driven by quarterly results or share prices, can take the long view

As we emerge from the global recession and focus on building B.C.’s economy into one that’s strong, stable and capable of serving its citizens over the long term, it is time to bring co-operatives into the conversation.

Or perhaps I should say back into the conversation.

The 2008 crisis cut a painful swath throughout the globe. It threw millions out of work, forced homeowners into foreclosure, saw huge financial institutions collapse and siphoned tax dollars out of the economy into massive government bailout efforts to thwart another Great Depression. 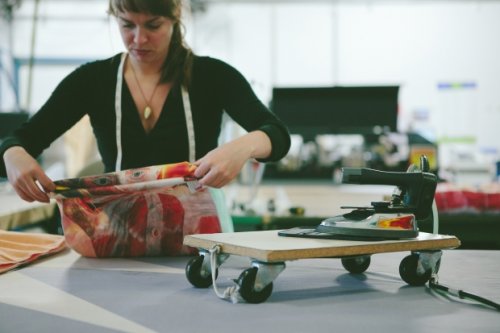 Yet during the global credit crunch, co-ops quietly stood their ground. Annual loan growth for credit unions — which operate as financial co-operatives — has increased dramatically since 2009, the nadir of the recession. Figures from Credit Union Central of Canada show that the annual loan growth of Canadian credit unions affiliated with CUCC increased by 9.8 per cent in 2012, while in B.C., the increase was 8.1 per cent. That compares to 2009 loan growth of just 5.2 per cent for Canada and 2.6 per cent for B.C. It’s clear that credit unions were not left unaffected by the recession, but the World Council of Credit Unions reports that not one credit union in the world has received government recapitalization because of the financial crisis.

We in British Columbia were fortunate to remain relatively unscathed compared with other parts of the world. Nonetheless, it’s time to look more closely at how the co-op can complement other business models to keep our economy diverse, stable and prosperous for the long haul.

Co-operatives’ features are their strengths. They’re democratic, one-member, one-vote institutions owned by the people they serve. They’re rooted in their communities. They are collaborative and values-based. They support local groups committed to building healthy, equitable communities.

Financial co-operatives like Vancity provide credit to organizations working to make positive social contributions and create jobs. We also focus on levelling the playing field in financial services so that all citizens have knowledge about and access to the financial services they need, supporting their own economic self-determination.

Co-ops are a powerful economic force. The largest 300 co-operatives in the world have collective revenues of $1.6 trillion US, according to the International Co-operative Alliance Global 300 Report of 2011. That puts co-ops in the top 10 global economies in comparative terms. Some co-operatives are surprisingly mainstream business names — The Best Western hotel chain is a co-operative; so is Canada’s Home Hardware Stores Ltd., a co-operative wholesaler owned by more than 1,000 independent small business operators across the country. In the food sector, Ultima Foods, which produces the Olympic and iögo yogurt brands, is co-owned by two dairy co-operatives: Agropur and Agrifoods.

Canada’s 9,000 co-operatives have more than $370 billion in assets and provide 150,000 jobs in virtually every sector, from agriculture to retail to funeral services, according to the Canadian Co-operative Association. Well-known national co-operatives such as Mountain Equipment Co-op and Pharmasave — and well known credit unions, including Vancity — are based in British Columbia.

Other jurisdictions are bringing in co-operative legislation, viewing co-ops as important additions to their growing economies. Last December, legislation in South Korea took effect permitting certain types of non-profits to register as employee-owned social co-operatives. The idea was to create jobs in smaller firms, not just the mega-conglomerates that dominate the nation’s economy. If any one of those conglomerates were to fail, the ramifications would be massive.

Studies done in Quebec and B.C. have found that co-operatives have more longevity than traditional businesses. Some think this resilience stems from a greater willingness among their broad membership to band together to ensure its continued existence, even during tough times. In fact, many co-ops were started in periods of intense hardship when traditional markets failed and when no one else would serve their members.

Co-ops also take the long view. Unlike publicly traded corporations, they are not driven by quarterly returns and stock-market vagaries. Co-operative managers favour stable, steady operations and growth. So as we saw before the 2008 banking crisis, while co-ops are not as likely to hit the highest highs, they also avoid the lowest lows.

Like shareholder-owned corporations, co-operatives can be large or small. They can operate in any niche of an economy. In B.C., which relies heavily on natural resources and the service sector for its well-being, adding more co-ops to the mix can provide the diversity that contributes to economic stability and long-term health.

Together with other types of organizations, co-operatives, with their longevity, responsiveness to local needs and democratic, progressive features, can help B.C. move forward to build an economy that provides solid returns — for us all.

This article originally appeared in the Vancouver Sun

Tamara Vrooman is president and CEO of Vancouver-based Vancity, Canada’s largest community credit union, and a member of the Steering Committee of the Global Alliance for Banking on Values.