In your view, what are three (or key) elements of “new economies”?

A key part of developing a New Economy is through redefining what it means to have a viable investment. I see that now with divestment, a movement that is stigmatizing the idea of investing in fossil fuel infrastructure, and diverting those funds to invest morally for the future. In the past, ideas of natural capital and externalities weren’t available to us. Now we understand what environmental and human impacts are. The idea of financial return hasn’t incorporated that yet.

Finding the investment – financial and labour resources – to fuel this low carbon future will be very important. From a traditional cost-benefit analysis, it may be that a low-carbon economy never makes sense, and we may not be able to sell it to your typical CFO. But we’ll need to mobilize not only at the government and municipal level but also at the level of individual firms.

With the existing built infrastructure in North America, it’s still hard to get by without a car in many places. We are sprawled out, but on the verge of many new technologies that will change our relationships to vehicles. Whether it’s Uber or car-sharing, new options are slowly whittling away at the incentives for individual car ownership. In 10 or 20 years, things will look very different, and it won’t necessarily be for environmental reasons. Owning a car can mean $6,000 to $9,000 in gas and maintenance fees every year, and you may just decide that it makes more financial sense to spend a fraction of that on a car-sharing membership.

Cities will need to densify in a way that maintains mobility. Patrick Condon at UBC’s School of Architecture and Landscape Architecture has done a lot of work on regional planning in Vancouver and his modeling work shows that we can add  about 800,000 people to the city without building another highrise – it can all be done with four to six-story buildings. Vancouver is actually not that dense, though we like to think it so. Our expectations around returns on real estate biases Yaletown-style highrise development, but a study from the Vancouver Foundation shows that the sense of community in these kinds of buildings is not that great.  I hope we move towards more holistic regional planning that accounts for affordable real estate, and a retrofitting of suburbia that works with existing physical and social infrastructure.

How do we finance the shift to low carbon?

How municipalities will finance infrastructure will be the key question for coming decades. In Vancouver, sea level rise will become an issue. With all the municipality’s existing obligations like health, education, etc., how are we going to finance climate change adaptation needs? We need to retrofit the city’s water infrastructure, and the full costs of living are going to change. Where the money will come from is still an open question. Based on my recent research on fossil fuel divestment, one possibility is putting the money divested from fossil fuels into proactive funds or bonds or anything that can address the needs for infrastructure changes. We’ll have to look towards forward-thinking policy, and carbon taxes and pricing carbon always helps. 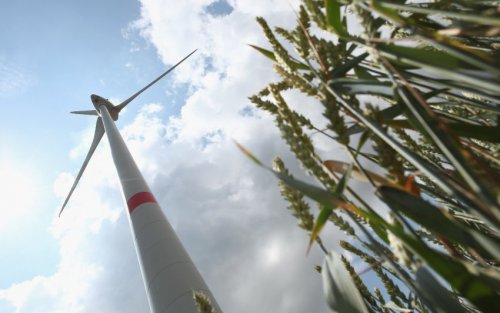 Can you share a few success stories of low-carbon transitions?

The city of Feldheim in Germany was forward thinking and has transitioned away from fossil fuel and nuclear electricity completely. Communities are starting to co-own and produce 100% renewable electricity, and that can actually be a revenue source for communities. From a financial perspective, borrowing rates are lower than anyone anticipated years ago and have stayed that way. When European governments had almost zero yielding debt, people are putting money into government bonds that only have less than 1% or negative returns – very risk-averse investments. So if you had the option to put your money into a solar farm, with a rate of return of three to five percent a year, that looks much more attractive.

Another great example is Solar City, which is using securitization of solar installations and bulk packaging them together as a financial instrument you can put money into, as solar is quite reliable as an investment. There are programs like Mosaic Solar in California that allows individuals to invest in solar installations and Abundance Generation in the UK which is a peer-to-peer platform to invest in renewable energy projects. Here in Vancouver, our credit union Vancity just started a fossil-free investment fund.

I like to go back to the early days of capitalism, when Adam Smith wrote about the “invisible hand” in 1776. That’s the idea that most people jumped on, but less talked about is his theory of moral sentiments: the moral developments of human society as a result of the pursuit of wealth. He wrote about a mutual sympathy, something like a physical force that ties society together. That’s the reason why trends go viral. We as humans have a deep innate desire to see our sentiments shared by others.