In your view, what are three (or key) elements of “new economies”?

As sites of concentrating both people and ideas, cities are ideal grounds for piloting new economies that are connected and accountable to communities. Those who are supporting the development or adoption of these new economies can garner feedback from communities even in the process of trying out new ideas. It can be easier to track and measure the progress of a system in a dense area – and easier for people to hold others accountable.

And of course, cities are where most people already live and where power relations are most clearly visible – this supports the development of the new economies I began to describe above.

How have your personal experiences shaped the way you view economies?

Living in the big, convoluted city of Karachi, Pakistan is what drove me to think about and understand political economy. 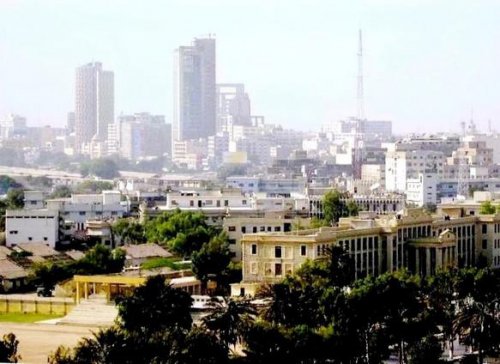 It’s where I first understood how alternative models could flourish, when I learned about social enterprises and when I first began to poke holes in the mainstream economic system we live within. Since then my work has focused around helping great non-profits and social enterprises flourish, and in this I have been reminded over and over again of how pervasive economic and political structures are.

Even when initiatives think they are somehow free of these external influences, even when entrepreneurs resolve to stick to their values and never compromise on their beliefs, they eventually succumb and either submit or fail. The most stable, well-funded and well-respected organizations are the ones that go with the flow and don’t ruffle too many feathers. Large multinational non-profits know that it is risky to be too outspoken, to be too honest. This is deeply frustrating to me because it means that markers have been laid down about what constitutes acceptable speech or not, and clearly shows how economic dependence stifles freedom.

Real wealth is knowing that you and your loved ones are safe and comfortable. That’s a peace of mind that I think really gives people the freedom to pursue their dreams and passions (beyond having the means necessary, of course – but safety and comfort are based on material well-being). Most people in this world struggle for basic security (broadly defined) and a minimum level of comfort, so can never be the best versions of themselves because they may never have the opportunity to explore what that means, let alone meaningfully pursue it. That’s a huge loss and I think a feeling of safety, broadly defined, is something that all truly wealthy people enjoy.

Nabeel Ahmed helps non-profit social enterprises launch target-based sustainability programs in Ontario as Member Experience Manager at Sustainability CoLab. Nabeel worked at the MaRS Centre for Impact Investing as the Managing Editor of SocialFinance.ca before a fellowship with Aga Khan Foundation Canada in Kyrgyzstan. He is currently a Guest Editor on the New Economies theme with Cities for People and volunteers for a number of local and international non-profits. Nabeel studied public policy and administration at the University of Toronto after business school in Karachi. He enjoys cricket, culture (especially from the subcontinent) and good arguments.

This blog is part of the ‘Voices of New Economies‘ series within Cities for People – an experiment in advancing the movement toward urban resilience and livability through connecting innovation networks.

The Voices of New Economies series is collectively curated by One Earth and The Canadian CED Network.

This series is an exploration of what it takes to b