In June 2000, the Province of Manitoba launched Neighbourhoods Alive! (NA!) as its “long-term community-based social and economic strategy“ for urban revitalization. The Manitoba New Democratic Party had recently formed government in 1999, after over decade out of office. At that time, Winnipeg was being identified by the news media as the arson capitol of Canada and inner city neighbourhoods in Winnipeg, as well as other Manitoba communities, had been in decline for many years or even decades.

NA! initially focused on Brandon, Thompson, and five inner city Winnipeg neighbourhoods. While Winnipeg comprises almost half the population of Manitoba, Brandon and Thompson were Manitoba’s second and third largest cities respectively (Portage la Prairie has since surpassed Thompson in terms of population). The five inner city Winnipeg neighbourhoods were identified as the highest need neighbourhoods in Winnipeg having experienced significant long-term decline in both physical (built environment) and socio-economic terms.

While Winnipeg has a history dating back to the first permanent settlement in 1812, the current City of Winnipeg was incorporated through the amalgamation of 13 municipalities in 1972. The inner city of Winnipeg had a history of major urban revitalization programs, dating back to before the Winnipeg Core Area Initiatives (CAI), tri-partite government agreements beginning in 1981. Over a ten-year period, CAI had invested $196 Million. CAI was, however, criticised for contributing much of its resources on mega projects such as North Portage Place. The Winnipeg Development Agreement and Winnipeg Partnership Agreement followed CAI, investing a further $150 Million over a ten-year period, although not restricted to the inner city nor coordinated in the same way as CAI.

Brandon has a history dating back to its incorporation in 1882 and experienced significant growth following the construction of the Canadian Pacific Railway. The history of Thompson is more recent, initially established as a nickel mining town in 1957. Although part of rural and northern initiatives, in the recent past, neither of these communities had been part of the type of urban revitalization programs that Winnipeg had experienced. In 2000, both of these communities had experienced declining populations, as well as other signs of decline.

One of the key features of NA! is that it employs a Community Led Development (CLD) model. The most significant aspect of this model has been the evolving partnership with Neighbourhood Renewal Corporations (NRCS). While NA! initially partnered with five NRCs in 2001, there are currently thirteen NRCs in Winnipeg (6) and seven other Manitoba communities. Through the Neighbourhood Development Assistance (NDA) program, NA! provides core operating funding to NRCs. In return, NRCs consult with their respective communities in developing five-year Neighbourhood Renewal Plans and in coordinating local revitalization efforts. 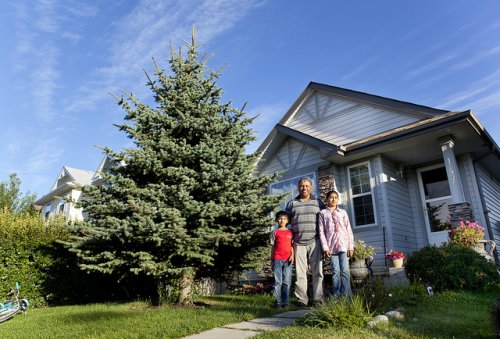 While situated in a specific provincial department (currently Housing and Community Development), NA! has an interdepartmental approach to community revitalization. Beyond directly administering funding programs such as NDA and the Neighbourhood Renewal Fund (NRF), NA! has attempted to coordinate revitalization efforts with other provincial government departments, other levels of government and other funders (e.g., Charitable Foundations), as well as with the NRCs. Whether as part of more formal agreements such as the Winnipeg Housing and Homelessness Initiative or less formal arrangements, this has perhaps been one of the most challenging areas for NA!

Initially serving Brandon, Thompson, and five inner city Winnipeg neighbourhoods, NA! currently serves seven Manitoba communities and 13 inner city Winnipeg neighbourhoods. This occurred through program expansions in 2005, 2007, and 2011. NA! programs that follow the CLD model include NRF with an annual budget of approximately $3 Million, NDA at almost $2 Million, and Neighbourhood Housing Assistance at approximately $1 Million. Other departments also administer NA! programs such as Lighthouses (youth recreation) and Urban Art Centres that may go beyond the communities that core NA! programs serve and do not necessarily follow the CLD model, but contribute towards sustaining long-term projects.

While not having the resources of tri-partite agreements such as CAI, NA! has demonstrated an impact on the communities targeted. Working with its partner NRCs, NA! has focused on targeted communities. Revitalization efforts have ranged from housing renewal to projects that address social and economic issues for local residents. While there may be NA! involvement in some multi-million dollar projects such as the Merchants Hub in Winnipeg (the redevelopment of a notorious former hotel to mixed housing and commercial space), most projects have been relatively small including developing community gardens and supporting social and recreational programming for families.

In following instalments of this blog, I want to further explore the evolution of the NA! partnership with NRCs, whether the communities NA! has targeted are being revitalized, and some of the opportunities and challenges in the near future.

For more information on NA!, check out the resources below:

Richard Dilay is currently a self-employed Organizational Consultant. For 11.5 years, between 2000 and 2014, he was the Manager of Neighbourhoods Alive! (on secondment to the department of Family Services between 2010 and 2012). Previously, he worked as a Community Organizer, Child Welfare Worker, and Immigrant Counsellor in Winnipeg. He has a Master of Social Work degree from the University of Manitoba.