In your view, what are some key elements of “new economies”?

Why is neighbourhood-level development important?

I think “communities” is the term most often used in CCEDNet, in part because it’s widely applicable, from geographic neighborhoods to communities of identity or interest. A community is a venue for people to get organized, connect and learn about each other, identify shared interests, challenges, opportunities to cooperate, and to change. For example, an immigrant community has specific needs – developing language skills, getting help to reach out to employers or starting businesses – and the foundation is that a community acts as an organizing vehicle to address those needs and create change.

How do these relate to cities?

Since cities have the highest concentrations of people, they are among the most dynamic places for connections, opportunities, and possibilities to be created. But the way they’ve been built has disconnected us from nature and each other. Cities need to be understood as part of broader regions. We need to recognize urban-rural relationships and the flows of goods and services, including ecological services, that a broader region provides. On the human side, there are many ways that cities can be better designed to deliberately create opportunities for relationships and cooperation, and connect the different spheres of our lives. Much of today’s built environment was created when zoning and building practices reflected an older mentality of separation. Integrating systems thinking into the design of cities can create opportunities for people to relate and care for each other better.

What are some major challenges to enhancing sustainable local economies? 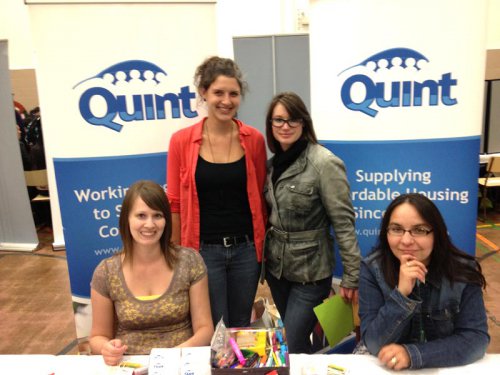 In the New Economies world, there is a significant focus on business & finance, with valuable attention paid on growing more blended business models (social enterprises, BCorps, co-ops) and new finance models (impact investing, new types of investment capital, crowdfunding). These are creating lots of local opportunities for transition, which is exciting. However, I’d say there is less attention on places and people, from our angle of community economic development.  Ideally, we should be connecting the dots between all four pillars: business, finance, places and people.

Another one of our biggest challenges is communicating these opportunities to a wider audience, both professionals in various sectors and the general public, in a way that is meaningful and engaging.

A good example of a places- and people-centered project is the Quint Development Corporation in Saskatoon, which has a mandate for the city’s core neighborhoods. Among the local residents, there is a large Aboriginal population that has particular needs, so the employment and housing opportunities are combined with outreach that is tailored to their needs.

Real wealth means freedom, well-being, and happiness, for current and future generations, and fairly distributed for as many people as possible.

Based on an interview conducted by Jane Zhang

Michael Toye became Executive Director of CCEDNet in August of 2008, bringing a deep background in community economic development (CED) to the Director’s chair. Upon earning his Master of Social Work at McGill, Michael helped set up two worker co-operatives that provide research, consulting and training services related to CED and the social economy. Michael’s involvement with CCEDNet dates back to 2000 when he helped organize CCEDNet’s National Policy Forum while serving as a coordinator with the Coopérative de consultation en développement La Clé.