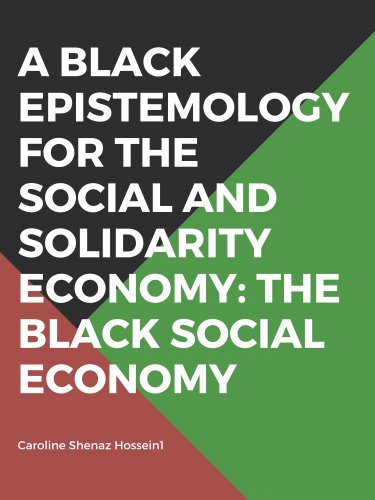 A Black epistemology in economics is needed to bring ethics back into business.

Contributions of racialized people in the economy are ignored. Black and racialized scholars also find that their work is not cited, even by the most liberal-minded social economists.

In the Americas, Black and racialized citizens innovate in the social and solidarity economy; yet their work goes unnoticed in the academic literature, or scholars approach them as the “Other” without invoking theory that reflects the very people they are writing about.

Although the ills of neoliberal variants of capitalism are known, the diverse economies in which Black folk engage are less understood. Forcing White and European ideas on a non-White experience is limited in what it can do effect social change. Nor can we sever the Western ideologies in the field because it is this very bias why the Black radical tradition and other Black theories come into being.

There is no shortage of Black writings on solidarity economics and they can now be housed in Black social economy. A Black social economy epistemology is politicized for goodness, and it is grounded theory, inclusive of the Black radical tradition, and lived experience because of the explanatory powers of these theoretical approaches to disrupt mainstream business and society.