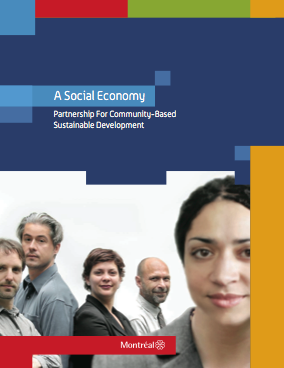 This partnership is considered an agreement between the City of Montreal and players in the social economy, by means of which each of the parties agrees to carry out actions in the city’s different spheres of activity, in particular sustainable development, cultural development, housing and property development, recreation and tourism.

The City is suggesting to players in the Montréal social economy that they work with the municipal administration in a partnership based on the acknowledgement of shared responsibilities, in implementing a long-term action plan.

The partnership has three goals:

The partnership stems from a commitment by players in the social economy and the city administration, seeking to promote the solidarity and success of social economy enterprises, and acts as a true lever for economic growth, based on five strategic directions:

And to ensure proper follow-up and co-ordination of the city’s actions, those of its boroughs and central departments and on the part of the different social economy organizations, the partnership will be backed up by a steering committee consisting of the Executive Committee member responsible for economic development, senior representatives of the different municipal departments, and members of the partnership Advisory Committee.