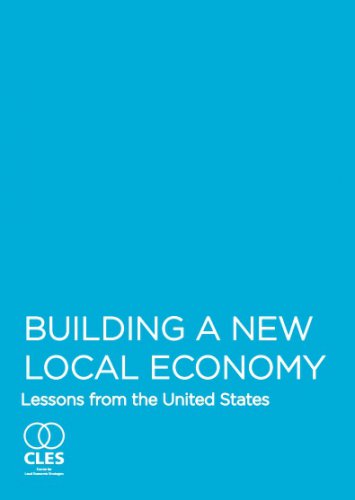 In the UK, a number of places have not responded effectively to economic decline or have not taken advantage of the opportunity to grow and develop in a sustainable way. These places have often been previously reliant upon a singular industry and have become characterised by high levels of unemployment, low skills and other factors which are determinants of poverty. These places have also not been helped by the way in which economic development policy in the UK has functioned with it often: top down and centrally driven; based upon the assumption that the market can drive growth; and focused upon trickle-down economics. CLES believes there is an opportunity to build new local economies in a different way, one where growth can be balanced with social inclusion. The United States also has places which have been hit hard by economic restructuring, largely in the former rust-belt and manufacturing heart of the Mid-West. Like their contemporaries in the UK, these places have sought to re-invent themselves and face huge challenges around inequalities and the orthodoxy of economic development policy. The purpose of the research trip to the United States was therefore to try and understand how places were responding to economic decline, growth, and social development opportunity; how it linked to wider State and Federal policy; whether policy approaches were applicable on a UK basis; and importantly whether issues of poverty and inequality were being sufficiently addressed through local economic intervention.

Deliberately the trip was split into two sets of activities. The first comprised of visits to four cities which have faced and responded to economic decline, growth and social development opportunity: Cleveland, Ohio; Pittsburgh, Pennsylvania; Philadelphia, Pennsylvania; and Providence, Rhode Island. In these localities, we engaged with key stakeholders who were at the forefront of local economic intervention. The second comprised of visits to think-tanks and other leading thinkers around local economies; the purpose of which was to understand the extent to which new local economic interventions were challenging the prevailing orthodoxy. This took place in Greenwich, Connecticut; Washington DC; and New York City.