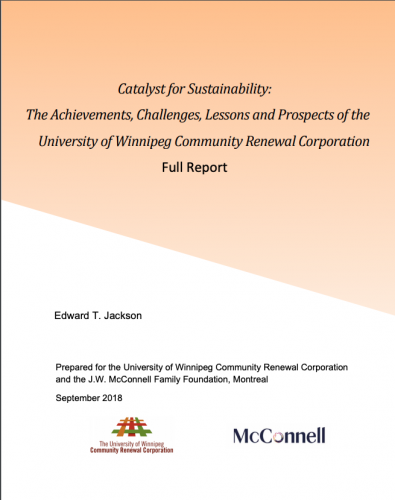 This report summarizes the experience, models and tools, results, challenges, lessons and prospects of the University of Winnipeg Community Renewal Corporation (UWCRC).

In 2016, it launched UWCRC 2.0 Inc., chaired by a community representative, as a new vehicle to extend its services to other post-secondary institutions, non-profits and cities in Manitoba and elsewhere. Both UWCRC and UWCRC 2.0 Inc. promote four pillars of sustainability: environmental, social, economic and cultural.