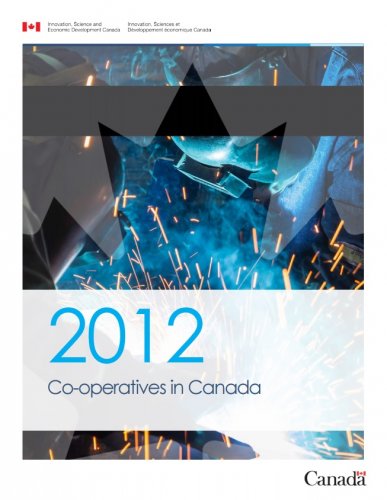 Co-operatives in Canada in 2012 is an annual publication that provides national baseline data on the co-operatives sector. The Government of Canada has been collecting and publishing this data since the 1930s.

Of note, co-operative businesses from every province and territory of Canada, excluding Quebec, participated in the 2012 Annual Survey. For Quebec, the provincial government has moved to the bi-annual collection of data on its non-financial co-operatives, and there is no available aggregate data on the province’s non-financial co-operatives for the 2012 survey year. To ensure the greatest possible accuracy, and to provide national level data tables, the Quebec data shown in this report is from 2011.

The Co-operatives in Canada in 2012 publication classifies Co-operative businesses using the North American Industry Classification System (NAICS). This enables direct comparison of the co-operative sector with other sectors across the Canadian economy as well as sectors in the United States and Mexico who use NAICS to classify their industries.