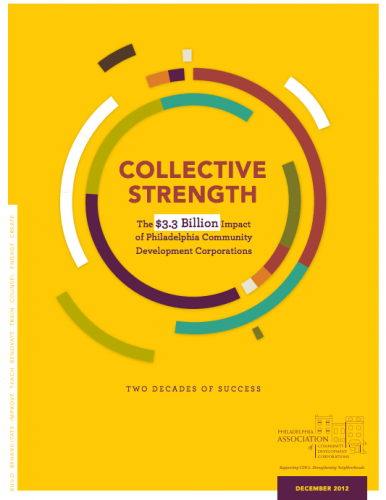 Philadelphia’s community development corporations (CDCs) are among the best and most respected in the nation, and for good reason. During the past two decades, they have contributed more than $3.3 billion to Philadelphia’s economy through housing and commercial development and a range of community services, while also increasing household wealth, building the local tax base, revitalizing neighborhoods and creating thousands of jobs

What Economic Impact Have CDCs Had on Philadelphia Neighborhoods? We have contributed $3.3 billion to the local economy during the past twenty years. We have made a $2.2 billion direct investment in our neighborhoods through new construction and rehabilitation of homes and commercial spaces. We have also added hundreds of millions of dollars to the economy through the other services we perform including housing counselling, job training, energy conservation, and after-school programming.