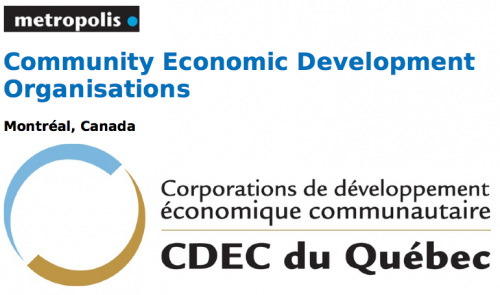 This programme provides support to local economic actors, and is involved in workshops, enhancing competitiveness, and productivity in small and medium-sized enterprises.

Currently almost every district in Montreal has its own CDEC. The city and the federal government financially support its work. This takes place in several fields: first priority is to support various institutions and programmes important for metropolitan districts. Second, the programme provides support to local economic actors, and is involved in workshops, enhancing competitiveness, and productivity in small and medium-sized enterprises. Development of technological enterprises is fostered through cooperating with research institutes and universities. Last but not least, an important focus is placed on integrating inhabitants into economic development by offering information services and helping to secure financial autonomy and well-being.

By including a variety of social, civil, and economic actors in the economic development of the city, many projects were realised.