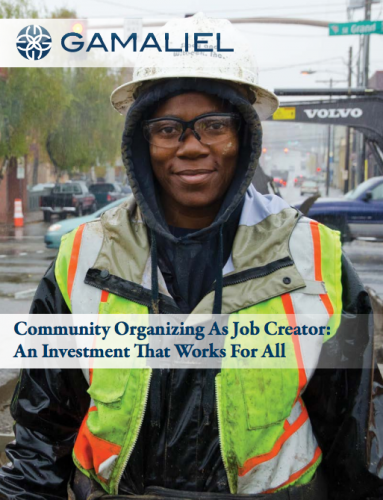 This study examines the achievements of the Gamaliel community organizing network over the last five years at neighborhood, city, county, state and federal levels. Through winning funds, finding revenue sources and changing policy, the network directed over $16.6 billion into infrastructure development, education and transit that created and saved a total of 639,385 jobs. The impact has been striking, both on the Gross Domestic Product – nearly $22 billion – and in its alleviation of poverty and delivery of human services.

Though this report focuses on transit-related victories, it includes data in the appendices on campaigns waged by affiliates across the country to promote economic stability through employment connected to education and healthcare. The results from 2008-2011 came to nearly $2 billion in funding, more than 45,000 jobs and over $2.5 billion added to the GDP. Beyond documenting Gamaliel’s efforts, this report speaks the language of diverse stakeholders interested in getting their hands around fractious issues – elected officials, businesspeople, government agencies, any advocate for the common good. It offers models for collaboration, a framework for translating ideals into concrete results, best practices for targeting precious resources where they will do the most good, methodology for projecting and measuring effectiveness. The cases provided can be replicated by other community organizers and authenticate the significance of their work in moving the nation and all its people forward.