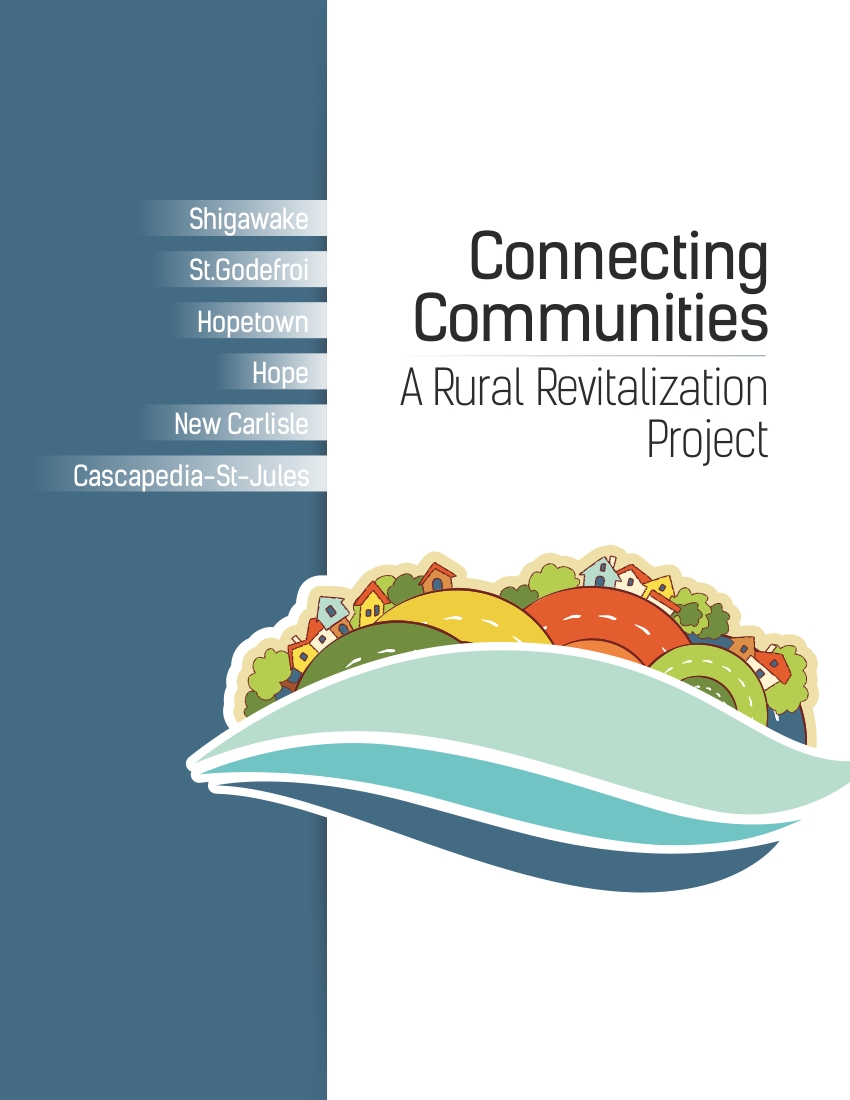 Connecting Communities is a report highlighting the process and outcomes of a rural revitalization collaborative project in Anglophone communities in the Gaspésie–Îles-de-la-Madeleine region of Québec.

Following the end of the “territoires innovants” project in 2009, which had been underway at the Centre local de développement (CLD) of the MRC Bonaventure, the Committee for Anglophone social action (CASA), the Community economic development and employability corporation (CEDEC) and the CLD of the MRC Bonaventure collaborated to create a Revitalization Agent position. The “territoires innovants” project had involved an Anglophone development agent who worked at the CLD with the specific task of engaging the English speaking community. The Revitalization Agent position, similarly, was created out of the recognized value of having a resource who could mobilize the English community.

The revitalization agent was charged to work directly with six devitalized municipalities; namely the municipalities of Shigawake, St.Godefroi, Hopetown, Hope, New Carlisle and Cascapedia-St-Jules. Four Anglophone residents; the project objectives were not exclusive to the English speaking community.

The general approach of the revitalization agent to achieve these outcomes, was to engage the public in these communities, mobilize these individuals around initiatives that were of interest to them, assist in the elaboration of development plans, and identify potential funding sources for project ideas.

The original project mandate of the revitalization agent ended on March 31st, 2013. The MRC of Bonaventure recognized the value of a dedicated agent for devitalized municipalities, and offered to assist in funding the continuation of the position for an additional year. All six municipalities opted to retain the services of the agent, and likewise agreed to fund a portion of the position. The revitalization agent position is currently under the direction of the MRC office; its previous direction was through CASA, the CLD of the MRC Bonaventure and CEDEC. However the project mandate remains the same; to aid in mobilization and development of the targeted communities.