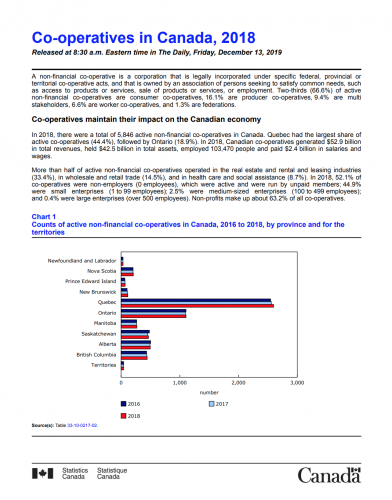 Co-operatives maintain their impact on the Canadian economy