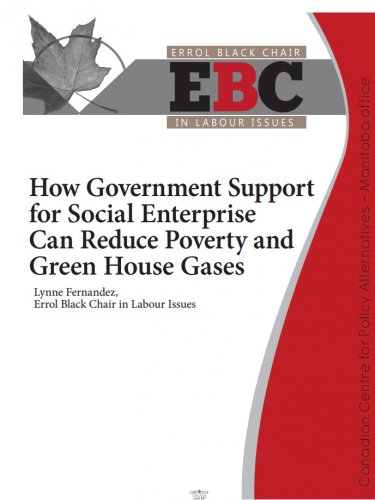 The good work done by these social enterprises receives government support on several levels. Neighbourhood Renewal Corporations; a combination of new and existing legislation; Manitoba Hydro; the province’s use of a Community Economic Development (CED) strategy which informs government procurement; and the new Social Enterprise Strategy all form a framework so the social enterprises can operate. Of particular note is The Energy Savings Act which supports the use of social enterprises to improve energy efficiency and reduce GHGs and includes the On-Meter Efficiency Improvement Program and PAYS. The full report offers more detail for each level of support.

Given the potential for social enterprises to train and employ previously unemployable workers, the Act could go further. It needs to adopt some hard targets for building retrofits in more low-income housing units. And the province needs to exploit the model in other areas besides Manitoba Housing and Manitoba Hydro. The City of Winnipeg should take note as well.

Social enterprises have come a long way in the 15 years the current government has been in office. Many are wondering how the sector might survive a change in government – should that occur in April, 2016. Elements may survive but the big fear is that a different party would not see the value in what has been so painstakingly built up over the years. It would be tragic if the framework were dismantled; much has been gained and there is much more left to do.