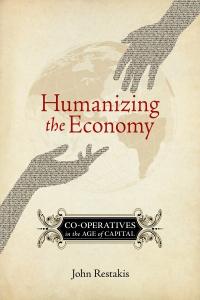 At the close of the twentieth century, corporate capitalism extended its reach over the globe. While its defenders argue that globalization is the only way forward for modern, democratic societies, the spread of this system is failing to meet even the most basic needs of billions of individuals around the world. Moreover, the entrenchment of this free market system is undermining the foundations of healthy societies, caring communities, and personal wellbeing.
Humanizing the Economy shows how co-operative models for economicand social development can create a more equitable, just, and humane future. With over 800 million members in 85 countries and a long history linking economics to social values, the co-operative movement is the most powerfulgrassroots movement in the world. Its future as an alternative to corporate capitalism is explored through a wide range of real-world examples including:

Highlighting the hopes and struggles of everyday people seeking to make their world a better place, Humanizing the Economy is essential reading for anyone who cares about the reform of economics, globalization, and social justice.

John Restakis has been active in the co-op movement for 15 years. He is the Executive Director of the BC Co-operative Association and has been a consultant for co-op development projects in Africa and Asia. A pioneering researcher into international co-operative economies, he writes and lectures on economic democracy and the role of co-operatives in humanizing economies.