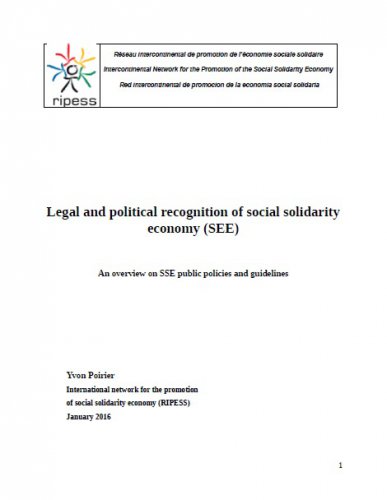 Most of the following information are a synthesis of documents that we can find on the RELIESS website, a Resource Centre and International Liaison on public policies in social economy, and also in the section of legislation on the SOCIOECO website.

Download Legal and Political Recognition of the Social Solidarity Economy

This overview explores the following different types of recognition :