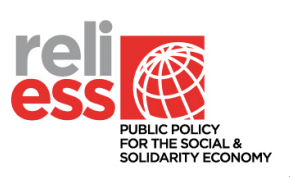 CDECs offer support for local entrepreneurship by providing technical assistance, training, advisory services and networking. They support business development in collaboration with specialized services at a regional level. They also have been important agents of social cohesion through their involvement in development processes to reconcile diverse concerns and interests and improve the quality of life in their communities. They are involved in issues of urban planning, cultural vitality, etc. An important aspect of their work involves labour force development and integration of target populations. This work is carried out in collaboration with decentralized public employment services.

There are currently 13 CDECs in Quebec’s cities, covering territories which regroup a total population of 1.6 million.

The CDECs voluntary boards are comprised of over 400 people from different backgrounds (e.g. community organizations, businesses, cultural organizations, labour unions, municipalities and local financial institutions). They are elected by members through a process of electoral colleges.

The CDECs receive support from all three levels of government. The Government of Canada encourages their activities in the field of SME development through its Quebec regional development bureau, Développement économique Canada. The provincial government of Quebec offers substantial support in collaboration with the Cities of Montreal and Quebec as part of Quebec’s local development policy. Annual funding for these corporations is provided, in order of importance, provincial, federal and municipal governments.

HOW THEY WERE IMPLEMENTED

The City of Montreal was facing severe economic difficulties in the 80s. Industrial decline, the impacts of the economic crisis and urban sprawl had resulted in a severe rise in poverty and unemployment in many urban neighbourhoods.

Traditional social actors initiated a community economic development process that led to the creation of the first CDECs in three different neighbourhoods. These organizations expressed opposition to the economic theories that promised that strong economic growth would ‘trickle down’ to poor communities and solve socio-economic problems. It seemed to the initiators of this local development movement that only community action and new types of partnerships in economic development could respond adequately to local challenges, even in an urban setting. They reached out to local business people, local institutions and municipal, regional and federal authorities to support a process of community revitalization based on community mobilization and partnerships.

The Quebec experience of local development in urban communities through CDEC has enjoyed a particularly favorable context for social dialogue among a variety of stakeholders. Social dialogue is now seen as an essential component of political culture.