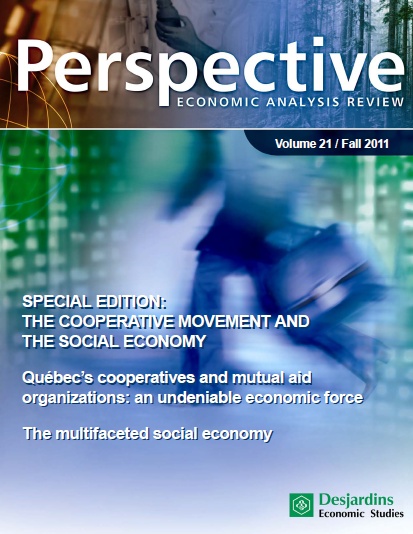 The social economy is not new and its beginnings can be traced all the way back to Babylonian times. However, it can be said to have officially emerged around the time of the Industrial Revolution in Europe. The social economy has been around in Québec for over 100 years. What is new is that it is gaining a reputation as an innovative sector because of the attention and recognition it is now garnering.

The popularity of the cooperative formula stems from its strength. For instance, between 2004 and 2008, non financial co-ops created more jobs than the Québec economy overall. What’s more, cooperatives generally have a much higher survival rate than private sector businesses, even after 10 years. The International Labour Organization conducted a study on the resilience of co-ops during recessions and there too, co-ops came out ahead. If tough times are conducive to the formation of co-ops, they also allow them to demonstrate their soundness, as they did during the 2008-2009 downturn when they held up better than traditional businesses.

The reason cooperatives and social economy enterprises in general are successful is that they are attuned to the needs of the communities they serve, they work as a network and their solidarity requires them to use a different managerial model. This is a credible form of organization that has proved its effectiveness.