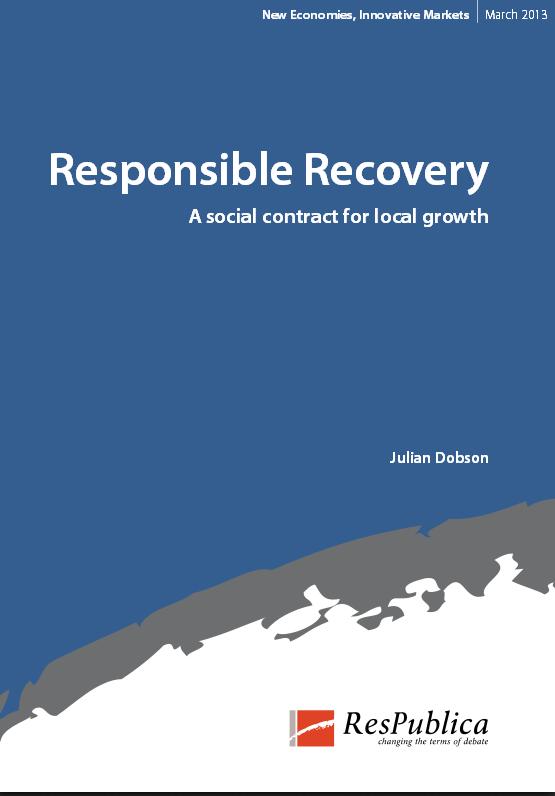 After previous recessions, the long term unemployed, those on low incomes and the people living in our poorest communities have often been last in line to benefit from recovery.  As a result, they are less able to play their part in sustaining that recovery. Unless this tendency changes, patterns of poverty and deprivation will continue unabated and the Government’s hopes of reducing the need for welfare spending will be frustrated.

An ‘in the black’ Britain needs to begin with a stronger economic localism that maximises the productive capacity and spending power of people who experience poverty and hardship. The goal must be a better quality of life and better opportunities for all to work and play their part in society.

A truly ‘one nation’ recovery will enable the people in our poorest communities to contribute to the best of their ability, fulfil the best of their potential and make the best of their neighbourhoods: a new approach to local growth that is rooted in the real lives of people who live in poverty or at continual risk of poverty.

In these circumstances, we need localism that creates work and opportunity, rooting recovery in the communities that are most crying out for it. Eric Pickles, Secretary of State for Communities and Local Government, has coined the phrase ‘muscular localism’ to describe his department’s policies. We argue that a localism with real muscle would give economic power to disadvantaged communities and treat their residents as agents of their own futures and productive contributors to the common good.

Government policies towards our poorest areas and groups of people have traditionally been assembled under the banner of ‘regeneration’ – a process of reviving places and people that have not been able to revive themselves, of addressing market failure and deprivation. Regeneration efforts have often viewed the people and the places as the problem, and increasingly drastic and draconian solutions have been sought by successive governments: large-scale demolition of housing deemed unfit for purpose, sweeping reforms of the benefits system, and sanctions designed to penalise unemployment rather than creating useful work.

Market failure, inequality and deprivation are real and must be tackled, and government has a vital role to play in order to maximise the productive potential of our poorest neighbourhoods. But regeneration is not just a matter of reviving housing markets, providing transport infrastructure or devolving financial responsibilities. The starting point should be to understand and engage with the people who are most affected by poverty in the places where they live, working with them to create solutions that work in the context of their lives and strengthening the links and assets that are already important to them. Thispaper argues that we need to see people as the solution, not as the problem.