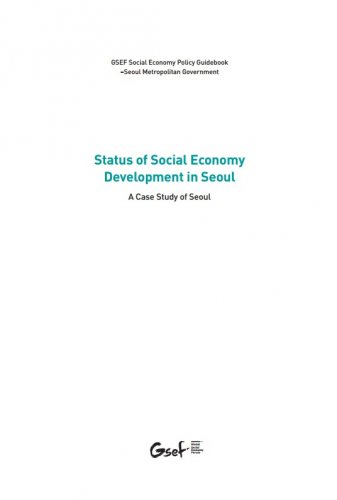 This report summarizes and explains the findings of the Study on the Social Economy Policies of the 25 Self-Governing Boroughs of Seoul, which the Karl Polanyi Institute Asia (KPIA) implemented in the first half of 2016 upon request from the Global Social Economy Forum (GSEF). The purpose of the study was to ascertain the current status of social economy policy practices of the Seoul Metropolitan Government (SMG) and the 25 self-governing boroughs making up the city, and to assess the environment and issues surrounding the social economy in each borough. The goal was to research and analyze how the social economy model conceived by the SMG has been implemented in each borough and to what extent the social economy of Seoul has progressed.

This report also summarizes some of the major social economy policy initiatives in Seoul as well as a section of the results of an opinion poll. It would be a daunting task to provide a comprehensive and detailed evaluation and analysis of the entire social economy of Seoul. This study nonetheless provides a helpful overview of the main concerns and issues characterizing the Seoul social economy and related policy measures. Before we proceed to a detailed analysis, we need first to understand the basic structure and system of the social economy policy in Korea.