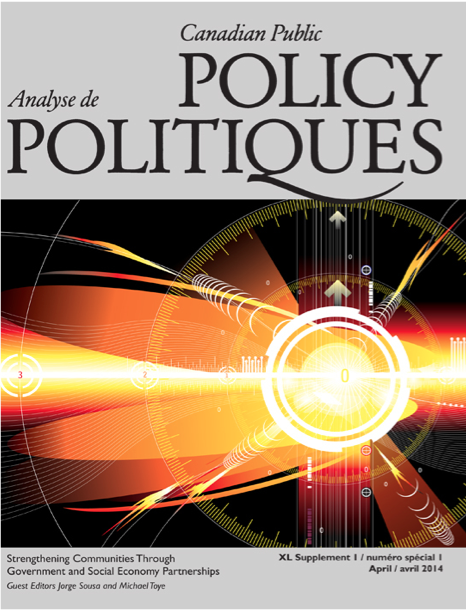 This special issue of the journal Canadian Public Policy explores current ways in which partnerships between government and social economy can strengthen communities. The articles reflect the wide variety of innovative policy research that emerged from the Social Economy Hub, known as the Canadian Social Economy Research Partnerships (CSERP).

The social economy has significantly contributed to strengthening Canadian society by contesting the primacy of the private sector to control the market and the paternalism of the state in providing different social services as well as supporting the conditions for the private sector to thrive. The social economy has developed and evolved as a result of public policies that reflect partnerships between government, individuals and socially oriented organizations. Specific policies have reflected innovations in financing (e.g. credit unions), sector specific initiatives (e.g. non-market housing), and procurement practices (e.g. “fair trade” goods), just to name a few.

The special issue could be accessed through your University’s library or the Canadian Public Policy website (note that a subscription is required).