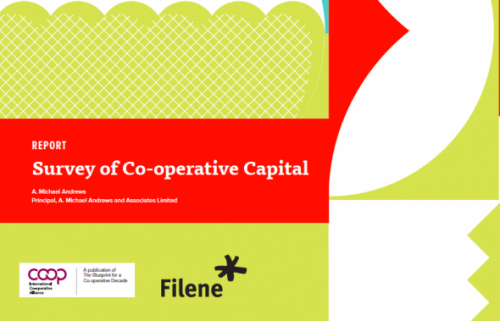 A new report commissioned by the International Co-operative Alliance examines all the debt and equity instruments used to finance the assets and operations of co-operatives.

Securing co-operative capital while guaranteeing member control is one of the five themes of the Alliance’s Blueprint for a Co-operative Decade.

The report, authored by Michael Andrews, looks at capital in co-operatives around the world. It tries to explore how to access additional member capital or external capital while still adhering to co-operative principles.

The research also focused on the special circumstances that apply to smaller and start-up co-operatives, providing an overview of selected programmes and innovations internationally. The survey includes references to new and smaller co-operatives, as well as some of the global 300 and financial co-operatives.

Access to trade credit and bank loans can be more difficult for co-operatives than for other businesses, reads the report. However, many co-operatives have evolved considerably from the original funding model of nominal value members’ shares and internally generated capital, using a range of instruments to raise capital from members and non-members.

Examples of how this can be achieved include reserving common equity-like instruments – those with voting rights – for members and having multiple classes of shares. Other options include proportional voting, although this is not permitted by law in some countries, or sale of debt instruments to non-members. This is the most commonly used sources of external capital used by the largest 300 co-operatives and mutuals.

The report includes various other case studies. At the time of its publication, 5 March 2015, the report is available in english exclusively.