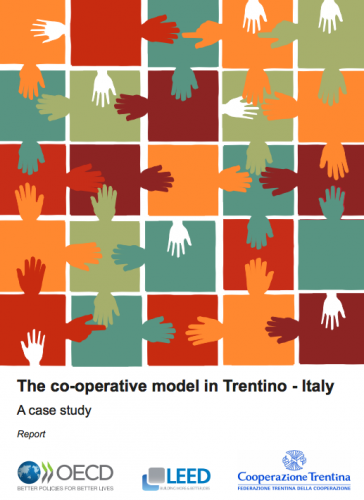 The Trentino co-operative model has gained wide acclaim for its positive economic and social impact upon the territory. Developing a strong understanding of why the model has been so effective is important in identifying those factors which other localities could utilise as potential criticalities. This case study has therefore focused on developing an in-depth understanding of the Trentino model of the co-operative movement and its Federation. In particular, it has examined and assessed the various components which have contributed to making the Trentino model highly effective in delivering economic and social benefits for the province of Trento and its residents.

Main issues to be addressed

While examining what has made the Trentino co-operative system (or model) so successful, it is also necessary to understand the wider capacity of the co-operative movement to address social needs and deliver economic impact, as well as the challenges it may confront.

Accordingly, the study has focused on the role and impact of the co-operative movement within Trentino, its specific structure (including the institutional, policy, legal and fiscal frameworks), its economic contribution (in terms of value, job creation and maintenance, etc.) and its social impact (including the social return on investment).

The OECD has formed an expert panel composed of the OECD Secretariat and 3 international senior experts. This panel has undertaken diagnostic work, conducted interviews with relevant local individuals and institutions also during a 3-day study visit in June 2014; and, identified the strengths and weaknesses of the model through comparison with international good practice.

This panel has undertaken a diagnostic work including the review of the existing literature on the evolution of the co-operative movements and the reports of the Trentino Federation of Co-operatives. The panel conducted interviews with relevant local individuals and institutions during a 3-day study visit in June 2014. The strengths and the weaknesses of the model were identified with an interdisciplinary approach according to the areas of expertise, political, economic and organizational. The Trentino model has been compared with international good practices. During the interviews, participants were asked to describe the policies and procedures of their departments, co-operatives or consortia, their ways of working with members, and their perceptions of the benefits and challenges associated with the competitors, the associated co-operatives or the local institutions and communities.

In this regard the expert panel was asked to identify and evaluate the evolution of the co-operative movement in order to: