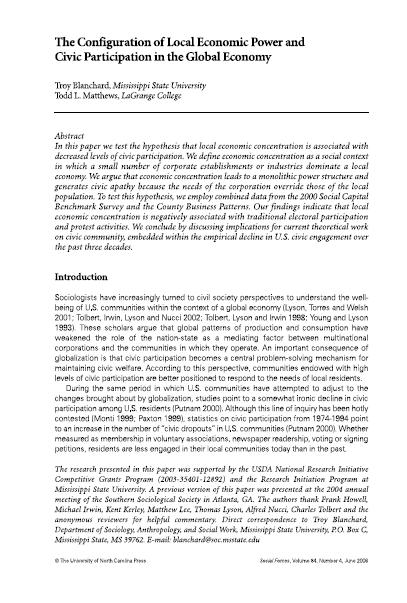 To test this hypothesis, combined data from the 2000 Social Capital Benchmark Survey and the County Business Patterns is analyzed. Findings indicate that local economic concentration is negatively associated with traditional electoral participation and protest activities.

The authors conclude by discussing implications for current theoretical work on civic community, embedded within the empirical decline in U.S. civic engagement over the past three decades.