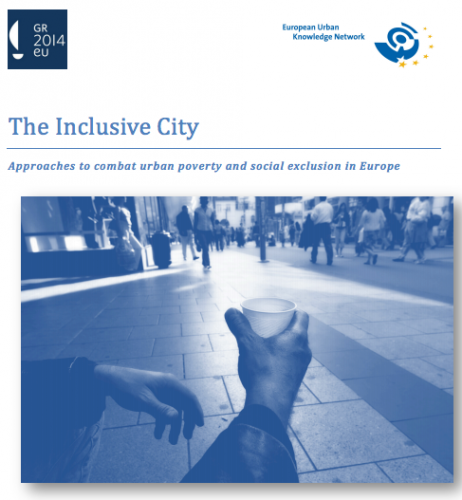 Poverty reduction is one of the targets in the Europe 2020 Strategy. Due to the crisis, the EU has drifted further away from its Europe 2020 target and there is no sign of achieving a swift recovery. Indeed, the fact of reality indicates an increase of poverty of three million people over the past three years.

Poverty is characterised by an accumulation of interconnected forms of inequality and exclusion in areas such as education, employment, housing, health and participation. Stuck in a vicious circle of these connected inequalities, the poor simply do not have the opportunity or the means to improve their situation. The poor are at the bottom of the ladder but with steps missing; thus preventing them from climbing the ladder on their own. Poverty is often spatially concentrated in specific neighbourhoods and districts, while the structure of urban housing also plays an influential role.

There are also major differences in poverty between and within European countries. For example, for Eastern Member States, people outside of cities are at greater risk of poverty and social exclusion, whereas in Western Europe, poverty is mainly an urban issue. Cities have always been a combination of centres of opportunities and concentrations of social problems. This combination confronts cities with challenges, all of which have been increased due to the crisis.  As the research shows, economic growth for some often leads to exclusion for others. In this sense, the EU’s objective of “inclusive growth” has been a failure. The central question in this research, therefore, is how to stimulate economic growth, but without the expense of certain groups of society falling into social exclusion and poverty.

Challenges for cities, national governments and the EU

The report makes policy recommendations to tackle poverty and social exclusion. Poverty policy is particularly effective when problems are addressed by an integrated approach. Cities cannot do this alone. Cooperation with regional, national and European government levels is needed. In addition, a horizontal cooperation and coordination is indispensable; businesses, civil society and active citizens must be involved. Poverty reduction is needed to keep cities attractive, to avoid social tensions, to offer people opportunities and to better utilise human capital. Each city faces its own challenges in terms of poverty reduction. The study offers authorities responsible city insights and clues to draw up – in cooperation with other stakeholders – an integrated comprehensive strategy aimed at sufficient income support, inclusive labour markets and equal access to quality services.