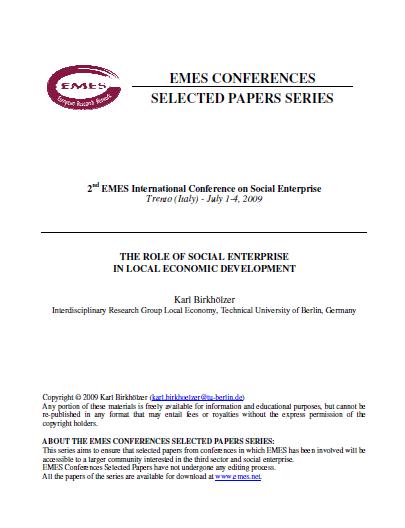 Whereas the role of social enterprise in social service provision and work integration is rather well recognised, its role in local economic development, especially in restructuring local economies in disadvantaged communities is not so much explored. Restructuring local economies has become an increasing need in the follow-up of economic crises as well as polarisation together with social segregation processes all over Europe, and social enterprises play an increasing role in tackling these problems. Based on action research alongside the implementation of a “Berlin Development Agency for Social Enterprise and Neighbourhood Economy / BEST” the paper will explore and debate the following:

Starting with possible scenarios of local economic development it will describe and analyse why social enterprises play a key role in restructuring local economies.