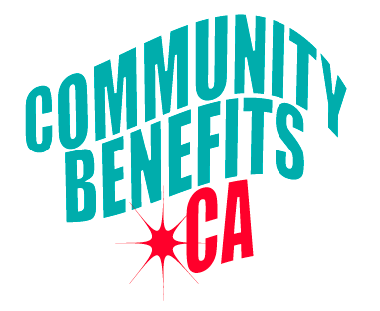 The Toronto Community Benefits Network (TCBN) has built a strong community-labour partnership with a support base of workforce development agencies, learning institutions and funders.

Collectively, TCBN are having impact on how the development process works, guided by the principles of the foundation document crafted by their members and supporters. In it, TCBN envision Toronto as an inclusive, thriving city in which all residents have equitable opportunities to contribute to healthy communities and a prospering economy.

The expansion of transit now happening in Toronto will result in opportunities for good jobs and create markets for new businesses. It will also set the conditions for economic growth and intensification of urban areas around a network of mobility hubs. TCBN believes that all Torontonians should have access to these opportunities stemming from infrastructure investments.

The following resources from the TCBN lay the context for the community-labour partnership that has been built.

Laying The Foundations Of The Toronto Community Benefits Network

May 2013
The Foundation Document states TCBN’s vision, commitment and objectives for community benefits agreements and guides the TCBN’s efforts.  It originated from a weekend workshop held by the TCBN in April 2013 attended by more than 40 community groups, unions and workforce development agencies. An update was recently done to reflect our three years of practice.  Member groups declare support of their home organization for the Foundation Document as part of joining the membership in TCBN.

September 2013
Following discussions between TCBN and Metrolinx on our Foundation Document,  the Metrolinx Board of Directors approved this report from senior staff on community benefits. It states the commitment that “Metrolinx supports the concept of building CBAs into our major infrastructure projects.” The Board also approved the motion that Metrolinx is to “work with the TCBN to develop a CBA for the Eglinton Crosstown line.”

March 2014
Getting expectations set into the tendering process for delivering on community benefits presented a considerable challenge. Without this, it would be “business as usual” as the project moved toward implementation and there would be little leverage remaining to gain access to jobs, economic opportunities or locally defined improvements. TCBN was able to negotiate Community Benefits textwith Metrolinx that was included in the RFP that was issued December 2013.

From Draft CBA to the Community Benefits Framework

April 2014
After identifying key issues to be addressed in a Community Benefits Agreement, TCBN prepared a draft legal agreement and submitted it in December 2013 for discussion with Metrolinx. The main obstacle facing this approach was that Metrolinx and Infrastructure Ontario determined that the contractual relationship on delivery of the Crosstown was between Metrolinx and ProjectCo (the company that would be selected to deliver the Eglinton Crosstown project).

Further negotiation resulted in the Metrolinx Community Benefits Framework, which set out in an agreement the expectations, roles and relationships necessary to achieve community benefits through the Eglinton Crosstown Project. By the time it was signed in April 2014, the agreement was extended to the three Toronto Transit Improvement Projects: Eglinton Crosstown, Finch West and Sheppard East LRT lines.

January 2015
A summary of Crosslinx Transit Solutions (CTS) commitments to a Community Benefits Program submitted as part of its bid for the Eglinton Crosstown line.