Originally published in the Winnipeg Free Press on October 27, 2014

There is some good news in the province’s recently released second annual All Aboard report, which tracks poverty and social exclusion in Manitoba. However, it’s clear much more needs to be done.

Poverty rates have been on a downward trend during the last decade, but have increased in recent years. The proportion of children in care of the child-welfare system has risen by 29 per cent. A higher proportion of urban households live in quality, affordable and appropriate housing now than in years before the strategy, but these gains have been lost in recent years.

Ensuring access to affordable housing is critical to a successful poverty-reduction strategy. Efforts to educate, train and employ low-income people are unlikely to be successful if they can’t access safe and stable housing. This basic need improves mental and physical health while providing a foundation from which people can access important social services and participate more fully in the community.

Manitobans who were consulted on All Aboard agree — housing was ranked highest among seven areas where government should invest more to reduce poverty and social exclusion. The Right to Housing Coalition has long called for increases in the supply of social housing — w 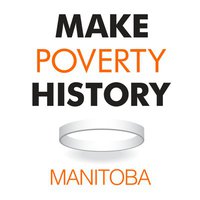 here rent is geared to income. Make Poverty History Manitoba represented more than 145 organizations that called for an increase to housing benefits for people on social assistance.

In addition, Budget 2014 introduced Rent Assist, a housing benefit for low-income Manitobans to assist with private rental expenses. The province has committed to increasing Rent Assist’s maximum benefit to 75 per cent of median market rent during a four-year period.

While these important commitments help address the affordable housing crisis, thousands of more units are needed to meet demand. Approximately one in 10 Manitoba households lives in inadequate housing. The majority of these are unable to access housing that costs less than 30 per cent of their household income. Many are forced to rely on food banks as they dip into food budgets to cover shelter costs. Others end up homeless.

Clearly, there is a need for further increases to the supply of social housing. Meanwhile, the ongoing expiration of federal housing subsidies threatens to erode the supply of existing stock. While other levels of government must do their part, we must continue to call on the province to preserve housing stock while ensuring additions to supply are net increases and do not come at the expense of other important housing initiatives.

This requires an increase to the housing budget, which was frozen this year. The government has found ways to increase spending on the justice and health-care systems. Many who are incarcerated do not have access to safe and affordable housing at the time of arrest. We know adequate housing is associated with decreased crime and better health outcomes. The province would be wise to increase investments in housing to address the underlying factors that contribute to rising justice and health-care costs.

Community groups will be listening to the upcoming throne speech for the government’s commitment to prioritize funding for housing. They will be expecting an increase to the housing budget next year to meet supply commitments without jeopardizing other important housing initiatives.

They will also be expecting a significant investment in Rent Assist to bring the government much closer to meeting its target maximum benefit level of 75 per cent of median market rent, sooner than in four years. This, too, must be achieved without clawing back other benefits available to low-income Manitobans.

The province has begun community consultations for Budget 2015. Legislation requires the government to take its poverty-reduction strategy into account when preparing the budget. Finance Minister Jennifer Howard should heed the call of community groups that are asking the province to prioritize housing and invest in the necessary foundation for the long-term success of Manitoba’s poverty-reduction strategy.

Kirsten Bernas is Research and Policy Manager with CCEDNet in Manitoba. She received a BA (Honours) in Economics from the University of Manitoba as well as an MA from the Norman Paterson School of International Affairs at Carleton University in Ottawa. Kirsten represents CCEDNet on the Canadian Centre for Policy Alternatives‘ Alternative Federal Budget Steering Committee, Make Poverty History Canada’s Steering Committee, and the Right to Housing Coalition‘s Provincial Committee.