1The Farmers’ Bank of Rustico existed from 1864 to 1894 (The Bank received its charter in 1864 but had been operating informally since 1861). Located in Prince Edward Island, one of the 10 provinces of present-day Canada, this financial institution, entirely managed by farmers in this part of the Island, was situated in this Acadian (Francophone) parish.

Acadian settlers settled on this island in 1720, which was the land of the Mi’kmaq (the region’s native people). They came in large numbers, especially between 1748 and 1756, to avoid the British deportation of Acadians from Nova Scotia. In 1758, the majority of the Island’s Acadian residents were deported to France by the British. Among those who avoided deportation by taking refuge on the mainland, many returned to the Island. All the land on the Island, which had become a British colony, had been allocated to British landlords by a lottery held in London. As a result, Acadian farmers became annuitants and had to pay annual rent. As many were too poor to pay this rent, they had to leave the land they had cleared and start again elsewhere.

This was the situation Father Georges-Antoine Belcourt discovered when he arrived as a Catholic priest in the Parish of Rustico in 1859. At the time, Rustico was the most important of the seven (7) Acadian parishes on the Island. It is worth noting that it was thanks to the English-speaking Bishop of the Island that Belcourt was recruited in the Archdiocese of Quebec. Previously, Father Belcourt had been a missionary in the West, in present-day Manitoba and North Dakota, to the Aboriginal and Métis populations. As he had prepared a petition, signed by 977 Métis, calling for an end to the Hudson’s Bay Company’s trade monopoly, a large capitalist company, he had been withdrawn from this territory. It is presumed that the political authorities of the time had put pressure on the Archdiocese of Quebec to withdraw him. After several years in North Dakota (United States territory) he was recruited to come to the Island.

Quite quickly, seeing the poverty of the farmers in Rustico, Belcourt proposed the creation of a Farmers’ Bank to meet their credit needs. At the time, farmers could hardly obtain loans from commercial banks, as the interest rate exceeded 20%, and the repayment period was a maximum of 3 months. This is impossible for farmers because the deadline came before the harvest.

The farmers adopted the project. From 1861 onwards, informal activities began. However, in order to make it an official institution, legislation was passed by the Legislative Assembly of Prince Edward Island in April 1863. As it was before Canada’s creation as a country (1867), it was necessary to obtain the government’s consent in London. The Charter was granted in 1864, despite strong scepticism about such a small project. Indeed, the initial capital planned was £1,200, equivalent to $3,600 dollars at the time. It thus began its operations, including the authorization to print its own banknotes. 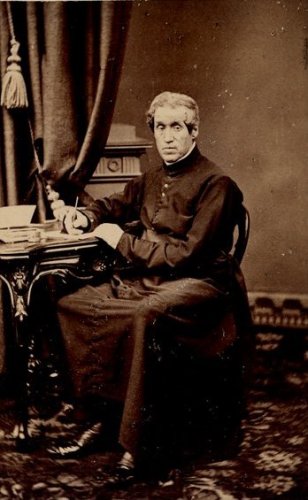 The law established a Board of directors of 12 people, half of whom changed each year. In order to build up the initial capital, 1,200 shares were put up for sale. The law stipulated that no single person may hold more than 10% of the shares. In addition, the law favoured holders of a single share. Thus, at the annual meeting, the holder of a share had one vote. To obtain 2 votes, you had to have 10 shares, 3 votes required 20 shares, etc. As successive boards of directors have always been composed entirely of farmers, this was a sign that they had control. In fact, it seems that some outsiders were buying several shares to help the Bank build its capital for loans.

In order to understand the inherent philosophy of the bank’s governance, the excerpt from a letter from Father Belcourt is very significant:

“Do you want to know a lot about how poor people can become bankers? It is a secret that indeed contains enough interest to arouse curiosity; well, here is how we do it without asking how the gentlemen do it, (the capitalists.) The officers are 12 in number, including a President, Treasurer and Secretary, and the other advisors, eligible each year by the shareholders. The first 3 officers, those in office, are elected from the twelve by this council. Their office is honorary, and until their office gives them too much work, they act for honour and not for money, (it would not suit those who love it more).”

Thus, in this 1862 letter, written to a friend in France, it is obvious that the project was well prepared, and this before the adoption of the law in 1863.

During the 30 years of activity, the Bank printed its own banknotes (exchangeable with other currencies). Although most of the activities were conducted in French, the banknotes were bilingual. The main activity was to provide small loans for farmers, at rates varying between 6% and 8%. The repayment periods ranged from 6 to 12 months. In some years, the bank generated surpluses, part of which were paid in dividends. Over the years, the capital increased to $21,000. In the last years, there were also savings accounts.

The Charter of the Farmers’ Bank of Rustico was extended twice by the Canadian Parliament, in 1883 and 1891. Unfortunately, as a result of various pressures, the Charter was not extended beyond 1894. Among other things, the Canada Bank Act of 1871 stipulated that $500,000 in capital was required to operate as a bank in Canada. In doing so, the big capitalist banks ensured that all the small banks were eliminated, of which the Farmer’s Bank of Rustico was probably the smallest, having 25 times less than the minimum required. Despite all the efforts of the major banks to eliminate it, it nevertheless managed to maintain itself until 1894, partly because it had obtained its Charter before Canada was formed in 1867.

The concept of a cooperative was not yet well known, as the first cooperative was the one in Rochdale, Great Britain (1843). For the Francophones, the concept appeared a few years later in France. There was obviously no legislation on the subject yet. Nevertheless, according to the testimonies and writings of historians, it operated according to the major modern cooperative principles. The Bank was controlled by individuals and not by capital. Throughout its existence, the 12 directors were Rustico farmers. The manager was often a farmer and sometimes a teacher from the local school.

Although the bank did not use the word cooperative in its name, it can certainly be said that it was a pioneer of the first savings and credit unions, called caisses populaires in French-speaking Canada. Indeed, it was not until 1900 that Alphonse Desjardins founded his first Caisse populaire in Lévis. It is quite possible that Alphonse Desjardins became aware of the existence of the Rustico Bank because he was an official stenographer in the House of Commons in Ottawa from 1892, before the Bank closed. In the U