U.S. President Barack Obama made a prison visit the media highlight of his weeklong campaign to make the justice system fairer. One of his key reasons for reform is the US$80 billion being spent annually on incarceration.

According to Manitoba’s auditor general, since 2008 alone the provincial government has spent $182 million to increase jail capacity and will need to allocate another $600 million to meet projected demand. Add to this a $100-million annual increase in operating costs, and it is safe to assume that, not including associated policing and court costs, a full five years of the revenue from the recent PST increase will be used up meeting this growing demand. A lack of preventive action on incarceration explains at least part of the Manitoba government’s current budget woes.

Obama says the main culprit behind high incarceration rates is unemployment of young black and Latino American men who currently make up 60 per cent of prisoners. Here in Manitoba, it’s aboriginal men who are overrepresented in the justice system. We all continue to pay for the harsh legacy of residential schools.

So are aboriginal ex-inmates employable in Manitoba? I work at Winnipeg’s Social Enterprise Centre in the North End. The SEC houses many non-profit businesses that hire ex-gang members and others with employment barriers. Our collective waiting lists for employment is well over four years long.

We call these chronic offenders the “million-dollar men” because that’s easily the amount of taxpayer dollars we sink into each one of them. They have long rap sheets with substance-abuse issues, no high school, no driver’s licences, no work experience and worst of all, no hope.

I have to admit, I originally thought these guys were writeoffs. I was wrong. For most of them, a job in a supportive environment arrests the crime dead in its tracks. This suggests to me to fight crime and its costs, we should be focusing on jobs for this demographic. Social enterprises have had tremendous success moving these surprisingly inspiring men and women into the workforce. The problem is, due to outdated government strategies, the people looking for work come to us in droves, but the training dollars and contracts come in dribbles. 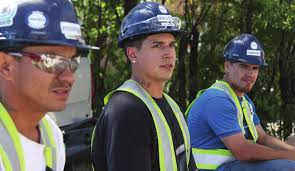 The dream in Manitoba is social enterprises can create thousands of jobs for people who have problems accessing the labour market by doing energy and water retrofits on the most inefficient homes where low-income people live. We can grow, too, to do most of Manitoba Housing’s trade-based work. There is lots of work to do and long lineups of people to do the work but precious little to connect them together.

Here’s what would help. Firstly, by ensuring Manitoba Housing contracts go, at market rates, to social enterprises that hire people with criminal records, the province can supplement a solid training program and ensure the right demographic is being hired. Secondly, government needs to modernize Manitoba Hydro’s 1960 mandate so the corporation would be required to engage social enterprises in a meaningful way to lower utility bills where low-income people live. Finally, Manitoba Justice should be required to kick in to pay for things like training and employment initiatives — because in the long term, this will save money from its budget.

Taxpayers would be the main beneficiary of this approach, not just through lower justice spending but also through massive reductions in utility bills — the retrofits mean social housing becomes energy-efficient.

We all know the world must change in important ways. We have to spend money smartly to save in the long term. Governments have moulded an economy that creates problems; surely we can mould an economy now that solves them.

Originally published in the Winnipeg Free Press on July 23, 2015

Shaun Loney is a co-founder and mentor of several social enterprises in Manitoba, including CCEDNet member, BUILD (Building Urban Industries for Local Development), a non-profit contractor and training program for people who face barriers to employment. Shaun is also author of BUILD Prosperity: Energizing Manitoba’s Local Economy, is an Ernst and Young’s Entrepreneur of the Year for the Prairies in 2015, is Manitoba’s first Ashoka Fellow, and volunteers on Green Communities Canada‘s Board of Directors.