This appears the year that will never end as turmoil and discord continue to engulf the world.  There is no doubt that the world is entering into a new era and a new world order is emerging.

In Canada it has been a year when corruption and political manipulation have taken centre stage.  There has been little resolve and practically no real visible protestations.

Yet, in other countries, like Ukraine, people are leaving little doubt what they want from their governments, as they demand that power and wealth are more evenly shared.

The world, due to continued economic and political turmoil, has been enveloped in the veil of twilight.  This has been created by growing economic instability, generational change and people’s impatience with the disconnect between their governments and the people they should serve.

Twilight appears haltingly, eventually shrouding the world in an eerie, mystical translucent glow, where everything appears surreal; more spiritual than physical.  This spectacle is often referred to as sweet light or by the French as l’heure bleue (the blue hour).

The world is in the grip of dissension, which is being led by an educated and discontented younger generation.  They are seeking freedom, economic security and the hope of a new dawn.  Their efforts are being impeded by the last grasps of a generation who are rapidly fading into their sunset years, yet, they tenaciously cling to their privilege, wealth and power.

The past number of years the world has witnessed many challenges to autocratic rule. People have been demanding freedom and democracy, but not the jaded democracy evident in most of the developed world.

Younger generations in developing countries envision democracy as a much more idealistic, integrity driven concept and not the pragmatic (most often corrupted) political form currently practiced in most countries.

Current economic policy and practice is being challenged as the polarization of wealth continues unimpeded.  It is aided by the very corrupted and skewed practices of flawed pseudo-capitalistic democracies and institutions.

The young have been the most impacted by this imbalance.  This is visibly evidenced by the high levels of unemployment and subsequent poverty among this age group. 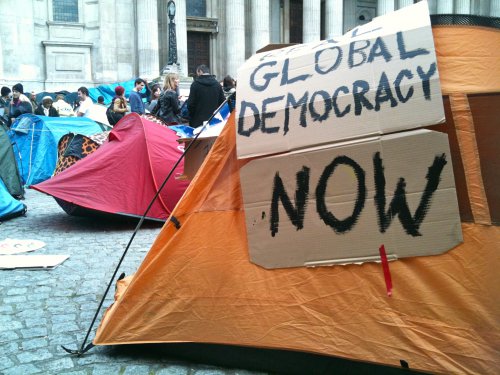 In many countries those most poor and destitute are not buying into the myth that only austerity and self sufficiency will correct the imbalances that are evident in society.  They appear wiser than the high paid economists and politicos who fabricate the austerity driven processes that has brought ruin to so many countries.

There is no doubt that twilight is a time for reflection, contemplation and preparation for what comes next; whether it is the darkness or the light.

This year was a milestone for me officially reaching retirement age and moving into my own twilight years.

It also statistically shifted my status into the realm of the impoverished.  Neither of which, will impede my desire or ability to support those poorer than myself.

It was also the year that I took a step back, not physically or psychologically, but a step back into a place where it was evident that my skills and abilities could be of use.  An offer of a volunteer support role with a fledgling development company allowed me to move back to The Gambia.

My experience here in 2011 convinced me that there was much to do in a country rated as one of the poorest in the world.  There is also much to learn from people, most of whom, have to exist and support families on less than what an average Canadian spends on coffee in any given day.

The people may be poor, but they are resilient and resourceful and have a philosophy of life which allows them to endure and survive.

There is much about life and living to learn from the people of Africa.  This was exemplified by the influence on Africa and the world of Nelson Mandela’s legacy.

His passing had every politician and notable in the world trying to capture some of his aura and share some of his glow.  Sadly, most of them lack the depth of his integrity and beliefs.

Mandela’s real legacy has lessons for both the young and the old.  His legacy of integrity and respect will last far beyond that of those who aspire to fiscal wealth or years in power. 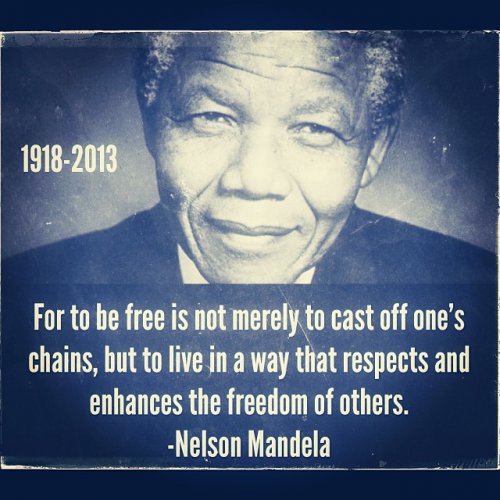 Interestingly, his greatest impact in the world happened during the very twilight years of his life.

This should provide incentive for all of us baby boomers now entering our own twilight years to look inward for inspiration on how we too, can make a difference in this world.

Those younger and aspiring to reshape their countries and the world into a more inclusive and democratic society must realize that this will require honest, deep seated integrity and heartfelt spiritual endurance.  Genuine leadership encompasses both.  Neither money nor hard power will accomplish their vision.

It is only honest and sincere respect that will heal the ills of the world, correct the imbalances that impact us all and bring any semblance of peace to a strife worn and divided humanity.

This will require enlightened leadership and renewed belief in the spiritual foundations of human compassion.

This brings me to the gift that I wish to share with you this year.  This year I will share a gift of respect, respect for each and every one of you reading this message, respect for all people who live in the world and respect for the very fabric of life itself.

May the blessing of Christmas, founded on the basis of the birth of another, who brought a message to the world of tolerance, respect and peace to the world, fill your heart with happiness and appreciation.

May your New Year bring you renewed strength and an invigorated spirit to tackle all of its challenges and share in the benefits that life and living brings to us all.  It is in the living we make a life and in the sharing that we allow others to live.

May your homes be filled with laughter during this Christmas season, your hearts filled with joy and your spirits renewed at the dawn of a new year: a year filled with the promise and the hope of a new beginning full of enlightenment and wisdom.

William (Bill) Pardy is a longtime CED practitioner who splits his time between Corner Brook, Newfoundland, and international assignment