The world appears to be wrapped in a web of diplomatic deception and intrigue, while our communities are cloaked in a clutter of jargon and empty phrases.

In the midst of one of the world’s greatest transitions, it is perhaps time to revisit basics. Military interventions have never worked and diplomacy, as it is practiced today, is about one-upmanship and distortion rather than beneficial compromise. There is a need for intervention that engages people.

Perhaps it is time for a simplistic solution, as a means to bring people together. This solution is at work in many places of the world today, either ignored, dismissed or not exciting enough for media coverage.

One can witness it among the refugees of wars and tragic natural disasters. Normal ordinary people lend a hand, mostly without thought of who they are helping; much less their culture, politics or religion. There are exceptions, but these are mostly driven by misguided people who are biased, prejudiced and intolerant.

The concept of people coming together has been around since humankind inhabited the world. The process has evolved over time. Community, an English term is derived from both Latin and French words and over the past 100 years became prominent to describe the shared space, relationships and culture where people live.

The term community development has been attached to the engagement processes in which people developed their own solutions to often stressful social and economic issues during times of transition and change.

It was prominent in many places during the great depression. The most notable effort in Canada was the Antigonish Movement led by two Priests from a base at the Extension Department of St, Francis Xavier University in Nova Scotia.

A lesser known, but similar initiative emerged from the Extension Department of the University of Saskatchewan, this process subsequently became known as Community Development.

In the late 1950s Memorial University in Newfoundland and Labrador followed the example of the Antigonish Movement and other universities with the creation of an Extension Service. The main focus of this University initiative was community development focusing on the modernity of rural life to enhance the transition of from an underdeveloped dominion to a province of Canada.

During the 1970s and 80s, as a means to address economic transitions and imminent social changes community development had a resurgence from governments. The Canadian government introduced models of programs, organizations and projects from other countries, especially the United Kingdom as a means to facilitate this process. 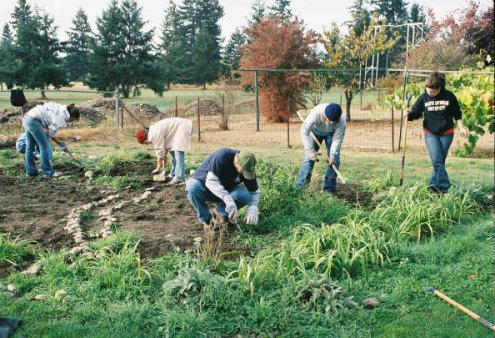 This was also the era when E.F. Schumacher penned his book “Small Is Beautiful: A Study of economics as if people mattered” in which he defined the necessities of a sustainable process of economic development through small scale initiatives. It is still considered a classic by many community development advocates.

Organizations promoting community and economic development, took prominence during this cycle as governments provided support to organize and manage local processes and initiatives. This process and the organizations that emerged latterly became known as Community Economic Development (CED).

The influence of government and the focus on economy became evident in the language used by all and sundry in the development process. As a result business and government languages and their predominant focus on acronyms and jargon took root.

This was at beginning of a technological revolution, with its own abbreviated language, which has enveloped the world providing communications and means to bring people together, unlike any time in human history. Approaches to bringing together people to engage in discussions changed significantly through the use of technology.

This community development process and its methodology can and has been utilized for nefarious reasons as well.

It has been adapted by many radical and fanatical organizations, who use similar mobilizing techniques accompanied by communications media and simple, yet complex even gruesome messaging as means to engage, influence and recruit; and to create fear.

A similar adaptation is evident in political campaigning where engagement techniques, technology and twisted messaging create complexities that create discord, fear and despair.

Many community organizations themselves have taken this simple process and cloaked it in a complex web of acronyms, jargon, and methodologies that often confuse. These complexities often result in an encumbered and diminished process of building community connectivity.

Community development advocates of other times used a clear and simple message that people are able to think and act for themselves. It is why this process was always on the margins; battling mainstream communications and programs designed to control people.

The basic practice of community development and its simple methodology of people coming together talk and agree how best to utilize their own powers has been cloaked in a mixed message of intricacy. The language used has created an impression of complexity and sophistication suggesting that community development requires skilled professionals and complex educational tools in order to be effective.

It is time to revisit history to appreciate the foundations of the community development processes that have worked in other times of major transitions.

Community development as practice was effective because a fundamental belief in people and their abilities and capabilities to do what they need to do for themselves had meaning. 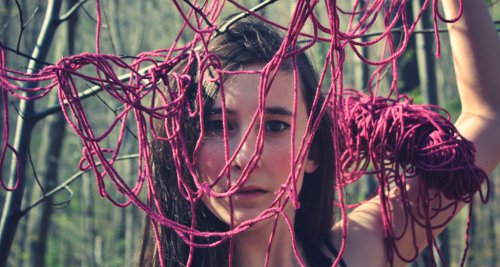 Those involved recognized a number of basic elements evident in the process including: common values, a continuous progression of actions founded in education, freedom as responsibility and sustainability through inter-generational sharing.  They realized that the practice is anchored in people’s engagement and participation, tied to a simple process of dialog and discussion and rooted in achieving cooperation and tolerance.

The tools required to participate and activate community initiative were human in nature, albeit technical and communications tools have extended everyone’s capabilities. Included in a community toolkit were the human tools of patience and tenacity, understanding and respect, humility and kindness and honesty and fairness.

With these tools other generation managed to salvage most of their communities from dying, provide learning opportunities for all ages and to seek out opportunity for many. Most importantly in times of such stress, people came to better understand each other and were filled with human compassion founded on kindness and sharing.

Communities through this process built new societal foundations, dynamic institutions and inclusive approaches to governance. Most importantly, relationships were strengthened resulting in renewed human compassion, all founded on a belief that people themselves could solve seemingly insoluble problems with their own knowledge and capabilities. 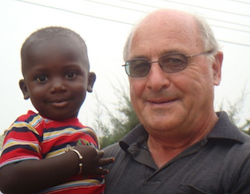 William (Bill) Pardy is a longtime CED practitioner who splits his time between Corner Brook, Newfoundland, and inte