Since the 2008 global economic crisis, local consumption around the world has been on the rise. Canada is no exception! A year ago, the Business Development Bank of Canada identified buying local as one of five game-changing consumer trends1. Indeed, nearly two-thirds of Canadians have recently made an effort to buy locally produced, or made-in-Canada for varying reasons: 97.0% to support their local economy; 93.0% to create local jobs.

In Quebec, the statistics from the Responsible Consumption Index (Baromètre de la consommation responsable)2 show that buying local is the trend of the times. It’s the responsible consumption behaviour that has increased the most since 2010, with an increase of 4.1 points.  In 2013, buying local ranked as the second highest responsible consumption behaviour, after recycling. This tendency is reflected in the shopping habits, which include more and more local products – of 20 eco-friendly products most purchased in 2013(3), six are local products, and all of them are food.

The latest study released by the Responsible Consumption Observatory (OCR) of UQAM’s School of Management (Oct. 15, 2014) confirms this inclination. For 79.6% of Quebecers, the term “local” on a food product is a plus. It should also be noted that 55.6% of consumers want to see information on the origin of the product on the product label.

Quebecers are interested in buying local mainly for ethical and social reasons:

As an individual investor, everyone can express their ‘local’ convictions. One of the most influential ways of doing so is by investing in some of the impact investment products available to individuals. See Ethiquette’s Strategies section for more information, and the Take Action section to help you do just that! 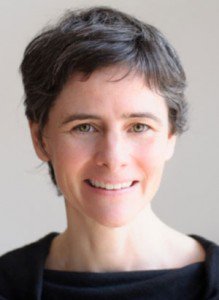 Brenda Plant is Cofounder of Ethiquette and a Partner at Ellio sustainability consultants, specializing in sustainability and responsible investment. She is also involved in the development of an affordable rental housing investment fund (for accredited investors). Previously, Brenda worked for six years in the community sector on issues of income security and human rights. She is a long-time investor in the Montréal Community Loan Association and a big supporter of CED.