Four eligible nominations were received by the deadline, leading our Elections Officer to declare the following candidates elected by acclamation:

The results will be ratified at CCEDNet’s Annual General Meeting of the members on June 9.

Congratulations to these amazing CED leaders from across Canada, who will be part of CCEDNet’s dedicated Board of Directors.

Laurie Cook is a Convenor with the Community Sector Council of Nova Scotia and project lead for the United Way Halifax’s Hub Convening Project.  She was also this past year a volunteer Member Liaison for the Atlantic Region of CCEDNet.  Her passion is community development, and besides being active professionally in the field for a number of years as a facilitator and community developer, Laurie also lives in Musquodoboit Harbour which is a rural area of the city.  In 2006, as a volunteer, she chaired a community visioning process which led to several community initiatives that she was also involved in co-founding.  These included:  redevelopment of an old school, design of a co-operative rural transportation service, development of a new women,s organization focused on economic empowerment for women and co-creation of a volunteer peer support group called Eastern Shore Mental Health. 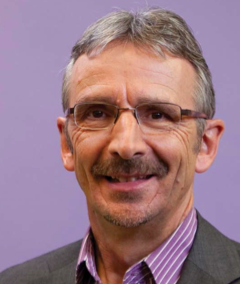 Walter Hossli has been in leadership positions in the community sector for the past 25 years. He is the Founder and Director Emeritus at Momentum, a Community Economic Development organization that partners with people living on low incomes to increase prosperity. As an award-winning organization Momentum has 20 programs, works with 4000 participants per year and is seen as a leader among charities in Calgary. After 15 years in the private sector, Walter studied social work before entering the community sector. He serves in a number of volunteer capacities and has played key roles with several large collaborative or sector initiatives. He has been a member of the Board of Directors of The Calgary Foundation since 2010. He wrote “Competition in the Voluntary Sector: the Case of Community Based Trainers in Alberta” published by the Muttart Foundation. 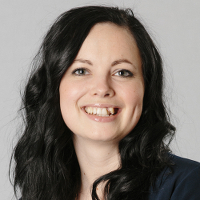 Marianne Jurzyniec is a Governance Liaison Manager with Affinity Credit Union in Saskatoon, Saskatchewan. Her involvement with the Canadian Community Economic Development Network, Impact! The Co-operators Youth Program for Sustainability Leadership and past community development experience have led her to being a champion of co-operatives, the sharing economy, and citizen engagement. Currently she is pursuing a certificate in Social Economy and Co-operatives led jointly by Johnson-Shoyama Graduate School of Public Policy and the Center for the Study of Co-operatives.

Yvon Poirier has been a CCEDNet member since 2003, first as an individual member, and for the last five years as representative of the CDÉC de Québec.  He has been on the Board since December 2012 and has been Board Secretary since June 2013.  He has been a member of the Governance Committee since 2006 and was at the heart of the major by-law update CCEDNet undertook in 2007.  He assisted the implementation of on-line Board elections and has been Elections Officer on several occasions.

Yvon is also involved in CCEDNet’s international work since 2004.  In 2013, he joined the Board of the Intercontinental Network for the Promotion of the Social Solidarity Economy (RIPESS), of which CCEDNet has been a member since 2002.  Through RIPESS, he was involved in the adoption process of the United Nations Sustainable Development Goals for 2015-2030.