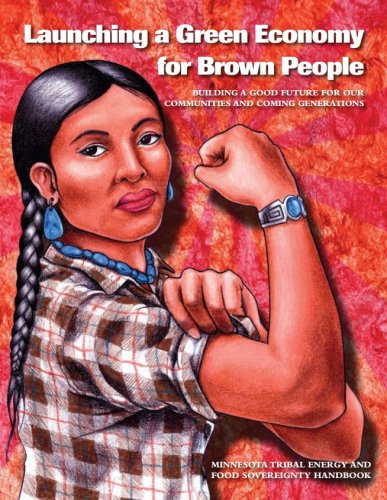 Ojibwe prophecies speak of a time during the seventh fire when our people will have a choice between two paths. The first path is well-worn and scorched. The second path is new and green. It is our choice as communities and as individuals how we will proceed.

The economy of the future is the green economy. The rising price of fossil fuels will create a mandate for efficiency and the challenge of addressing climate change will require a reduction in carbon emissions from power generation, transportation and agricultural sources. With lack of action by the federal government on climate change, many cities, states and a number of tribal communities nationally have adopted policies to limit and reduce their carbon emissions.

The state of Minnesota has adopted a goal of reducing global warming pollution to 30% below 2005 levels by 2025, and 80% by 2050. We have one of the strongest renewable energy portfolios in the country, with a goal of producing 25% of our state’s energy from renewables by 2025. In order to meet our own state’s goals we will need to move ahead aggressively into a new, renewable and efficient energy arena. We are keenly interested in having our communities at the center of this transition.

In the upcoming years, we hope to facilitate the creation of a Green Jobs for Brown People Initiative in the state of Minnesota that will prepare our communities to participate in a central way in the next economy. This strategy will include job training, funding for efficiency and retrofitting and support for renewable energy and local agriculture. It will involve reservation, urban Indigenous communities and communities of color working in partnership with businesses, unions, institutions and the general public.

What we know is that our tribal communities will either be on the menu or at the table; decisions will be made for us or we will make our own decisions about how to proceed in developing economic opportunities and our future. By making our own decisions, our tribal communities will exercise sovereignty and move toward a green path for our coming generations.

Download the Handbook Launching A Green Economy for Brown People