This blog is part of the ‘Voices of New Economies’ series within Cities for People – an experiment in advancing the movement toward urban resilience and livability through connecting innovation networks. This Voices series is collectively curated by One Earth and The Canadian CED Network. We are launching Voices of New Economies as part of New Economy Week 2014, hosted by the New Economy Coalition. Throughout this week, a series of 5 questions guide our exploration of what it would take to build the economy we need – one that works for people, place, and planet.

Today’s Voices story responds to the third question in the New Economy Week series: How can we connect and learn from successful experiments, pilot projects, and campaigns to build broad-based power and effect deep transformation at scale?

To sharing economy innovator and collaborativeconsumption.com curator Lucy Gao, real wealth is immediately definable but altogether intangible. It means having enough money to sustain oneself, but more importantly to sustain relationships with friends and family. It means having the opportunity to do things that challenge you, and pursue goals and mastery. It means being able to embrace life experiences, like going to a park and enjoying the city.

Lucy’s fascination with (and admirable dedication to) the sharing economy in Toronto emerged from watching a TED talk by Rachel Botsman that made the case for collaborative consumption. It just made sense. As she researched these new business models, she realized they addressed many of the discrepancies she had witnessed between her studies in political science and business. They were solving real problems.

Inspired, Lucy took the four months she had free after university to join the small team preparing to launch Unstash, a peer-to-peer lending platform. This was an education in marketing and using social media to promote the platform, while making sure the supply (of shareables) existed before the demand. Through this project she networked with players in the new economies locally in Toronto as well as globally. This led to attending OuiShare Fest in France and an invitation to be a curator for collaborativeconsumption.com. From this position, Lucy broadened the reach/strength of the local Toronto sharing economy including through Meetups and events.

What do you see as the key elements of “new economies”?

How do you think we can connect and learn from successful experiments, pilot projects, and campaigns to build broad-based power and effect deep transformation at scale?

This will be achieved by adding structure to our current networks and enabling current players to reach out to other groups more easily. This will allow easier replication while we share what we have learned. It will also be important to take a more proactive approach with government regulation and building their buy-in. Once we have defined who the new companies are, we can work to help create a new set of regulations. Government involvement can increase the impact of companies that already exist. 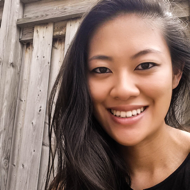 Lucy Gao is the global curator for Canada at collaborativeconsumption.com.  Lucy is passionate about the sharing economy and collecting moments, not things. This passion has led to her involvement as a team member in ShareFestTO and the Centre for Social Innovation. Lucy was also previously Marketing Director with Unstash.