This blog is part of the ‘Voices of New Economies’ series within Cities for People – an experiment in advancing the movement toward urban resilience and livability through connecting innovation networks. This Voices series is collectively curated by One Earth and The Canadian CED Network. We are launching Voices of New Economies as part of New Economy Week 2014, hosted by the New Economy Coalition. Throughout this week, a series of 5 questions guide our exploration of what it would take to build the economy we need – one that works for people, place, and planet.

Today’s Voices story responds to the second question in the New Economy Week series: How can we catalyze public conversation about the need for systemic change and the viability of economic alternatives that put people and the planet first?

Finding a name for a nonprofit leads to some serious and playful conversations.  In 2006, four co-founders and I brainstormed until Bill Rees suggested One Earth.  The name resonated – coming home to our incredible living planet.  Re-discovering the wealth in the living systems of which we are a part and revealing our global interdependence.

Our economies shape our relationships with nature and with each other – and we are the designers of these relationships.  Real wealth comes from designing economies to preserve clean air, clean water, healthy food and ecosystems, energy, shelter, love, and purpose for all species now and into the future. It is not about continuing to consume more and more and to produce more and more waste in ways that lack resilience and are unfair, undemocratic and unsustainable.

The good news is that positive and healthy economic alternatives already exist and are actively being further explored and tested. I am inspired by our endless human imagination in advancing fundamental systemic change.

There are many key elements of new economies and here are three that can spark public conversations:

The following are just a few of the many resources that provide further insight into the shape of new economies:

I join others in conserving the structures, behaviors, and values that align with new economies and transforming those that are dysfunctional. This requires us to apply a systems approach, to connect and build bridges across movements in order to amplify our work, and to promote positive visions of better futures to make sustainable livelihoods attractive, and inspire the world to think and act as one Earth. 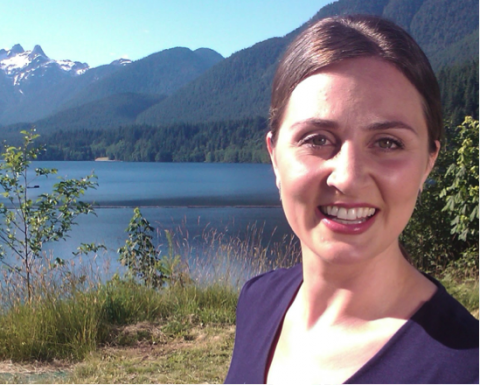 Vanessa Timmer is co-founder and Executive Director of One Earth, a nonprofit ‘think and do’ tank based in Vancouver, Canada, whose mission is to transform production and consumption patterns locally, nationally and internationally to be sustainable, healthy and just within the limits of living systems.

Vanessa is a social entrepreneur dedicated to positively transforming human and ecological relationships. She weaves together sustainability and systems thinking, and believes that envisioning positive futures is a powerful draw for social change. Vanessa is an Associate at Harvard’s Kennedy School of Government researching innovation and sustainability, with graduate degrees from Oxford and the University of British Columbia. She was awarded the 2013 Top Forty under 40