A fifteenth anniversary might be a good time to reflect on the methods and assumptions of a movement like community economic development – especially for urban communities. When we first started CCEDNet fifteen years ago, we believed that by using CED principles and strategies we could intervene within local economies in urban environments such that poverty and disparity were reduced and the earth was more cared for. We saw the economic planning initiatives that were being developed in rural Quebec, and the economic development successes of Mondragon in Spain and Lac La Ronge in northern Saskatchewan, and we thought we could replicate them in places such as the north end of Winnipeg.

Fifteen years later we have not been able to move the various interventions to a scale that substantially alters the economic conditions of urban communities. CED initiatives have certainly created economic opportunity, and for many households poverty has been reduced. But the geographic concentrations of poverty and the economic marginalization of certain

stressed communities has stayed much the same.

To some extent our theory has been off. Local economies are inexorably connected to regional and global economies. Strategies to develop locally self-sufficient community (neighbourhood) economic systems, without engaging the larger economic context, are unlikely to produce the scale of results we have been hoping for. It would be interesting for example, to debate the poverty reduction potential of initiatives that focus on creating alternative community economic development arrangements, with initiatives that attempt to simply assist individuals and households to thrive within mainstream economic organizations.

Our implementation also hasn’t been as strong as we would have liked. Much of what has been done under the name of CED has lots of “community” in it, but very little “economic development”. It has been interesting to me that a long standing Winnipeg based community development corporation has recently changed its name to replace the words “Development Corporation” with “Community Organization”. I think the name change reflects the reality of what has been happening with a number of the neighbourhood based CED organizations in Winnipeg and elsewhere. Their economic development agendas have not been their primary agendas. 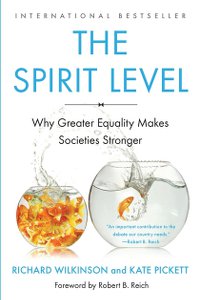 The tension for me in reaching the original goals of the CED movement is to strike the right balance between inventing new institutions and creating opportunities by engaging mainstream ones. Those two streams are not mutually exclusive, of course, but they do absorb different kinds of energies. Recently I read “The Spirit Level: Why Greater Equality Makes Societies Stronger”. Fascinating stuff. Clearly the task is not just to create economic opportunity for low income people. It is to create a more equal society. How do we do that? Especially how do we improve the wages at the bottom and restrain the wages at the top? Worker owned businesses – especially worker owned cooperatives might be a way. Living wage movements might be a way. Tax policies will be important. I think we know way more about how to raise the wages of people at the bottom than we do about how to restrain the wages of people at the top.

As we move forward, I believe we need to increase our engagement with mainstream economic players because I don’t think that a range of initiatives that are very “alternative”, but don’t link to the mainstream economy and attempt to create more justice within it (or significant parts of it), will move us as far as we need to move.

Garry Loewen has worked as a business person, a parish minister, an economic development director, and a community activist. He served for ten years as the CED Director for Mennonite Central Committee Manitoba until he became founding Executive Director for SEED Winnipeg. Garry was also CCEDNet’s first Executive Director and later became the Executive Director of the North End Community Renewal Corporation. After retiring Garry continues to provide consulting to the CED sector in Winnipeg and currently volunteers on the board of Assiniboine Credit Union. Read Garry’s previous blog reflection, and reach him at garryaloewen [at] gmail.com