As announced in the 2013 report published last January, work on the new UN Post-2015 Sustainable Development Goals (SDGs) picked up strongly in the last twelve months. The year 2015 will be even more important since the UN General Assembly will adopt the new SDGs in September.

During the past year, CCEDNet involvement in the Intercontinental Network for the Promotion of the Social Solidarity Economy (RIPESS) was quite intensive. This involvement has increased since as mentioned in last year’s report, CCEDNet agreed in 2013 to accept the responsibility of a position on RIPESS’ Board of Directors.

Social and Solidarity Economy (SSE) recommendations made by RIPESS were presented by Daniel Tygel, a RIPESS representative in New York last July who spoke in front of 120 country delegations. A blog post tells this story.

This work explains the invitation to attend a meeting in Washington last November at the World Bank for the yearly dialogue between International Financial Institutions (IFIs) and Civil Society Organisations (CSOs). The invitation was to make the case for including social solidarity economy activities in the funding mechanisms of the IFIs. More information here.

The last year was also an occasion to participate in two meetings in Marrakesh (Morocco). In April, the RIPESS African members held a two-day conference which was followed by a RIPESS Board of Directors meeting. The meeting in November was an invitation from the Morocco network RÉMESS to attend a workshop they had the responsibility of organising during the 2nd International Forum on Human Rights. Éthel Côté, also a CCEDNet member, participated in this event.

UNITERRA, a joint CECI and WUSC Program, held a meeting in Lima, Peru in October. As a CCEDNet partner, our participation allowed us to meet with UNITERRA partners from Asia, Africa and South America. This was important since CCEDNet as an organisation, or some of its members, could be invited to participate in different projects in the future 2015-2020 UNITERRA program. At the same occasion, it was a great opportunity to know more about the challenges of international volunteering since before the Uniterra meeting, the Uniterra team organised the 2014 International Volunteer Cooperation Organisations (IVCO) Forum.

Our participation in the CommonBound conference in Boston last June organised by the New Economy Coalition (NEC) was a great occasion to learn about great examples of alternative economic approaches, quite similar to CED, south of the border. CCEDNet is a NEC member. Altogether, we were about a dozen Canadians at the event, some CCEDNet members, others not.

This 15th year of the 21st Century should be, if all goes well, a milestone for a fundamental change in the world’s future.  Since global warming will assuredly increase by 2 degrees in the next century, the challenge is to have all countries, including Canada (!) adopt stringent measures at the Paris meeting in December to reduce greenhouse gas emissions to prevent a worse future. At the same time, the UN General Assembly will adopt new Sustainable Development Goals (SDG’s) for the 2015-2030 period in September. RIPESS and other social movements will be very busy pushing for a people-centered approach, respectful of the planet.

However, as is the case for CCEDNet, the focus of the work, in all countries is to strengthen the people at the grassroots who are building, day after day, a world with less poverty, less inequality, less discrimination, less conflicts, and less degradation of all aspects of Mother Earth. 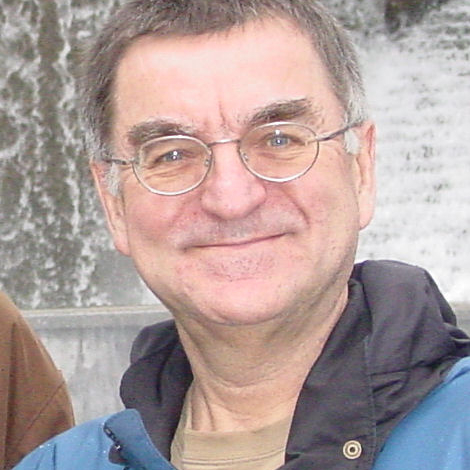 Yvon Poirier is President of CCEDNet’s International Committee and Secretary of the Board. He has a long history of involvement in the labour and social movements in Québec and Canada and has been very active in the Intercontinental Network for the Promotion of the Social Solidarity Economy (RIPESS). He represents the CDÉC de Québec in CCEDNet.