What is set out below are personal notes extracted from a much longer reflection on the 25th anniversary of the founding of the Centre for Community Enterprise (which later became the Canadian Centre for Community Renewal) mostly written in 2002. While only snippets are included here, they do set out threads of the pre-history of the Canadian Community Economic Development Network (CCEDNet) that few people know. I thought they might be of interest as part of the reflections on CCEDNet’s 15th anniversary and a warm though inadequate response to the invitation of Michael Toye to share some stories. If I had more time I would write a mini-book on this, but you are thankfully spared. 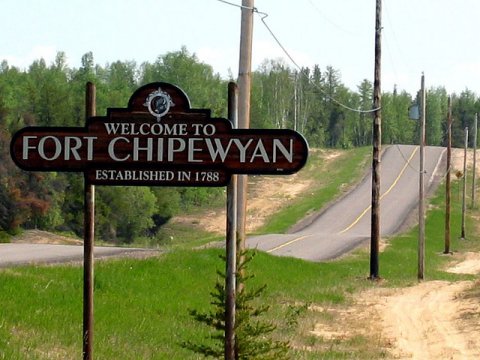 In 1981, I discovered a resource that inspired my efforts for years. I was teaching a one month course in Fort Chipewyan, a First Nations community in northern Alberta that, today, is at the heart of the fight to slow down the pace of development of the tar sands. There, lying on a coffee room table of the Band office, I picked up the newsletter of the National Economic Development and Law Centre out of Berkeley California, a national intermediary in the US working with community development corporations across America. This particular edition was focused on Native American CED.

I became very excited with the mix of practical on the ground results they were reporting, the guidance it provided practitioners, both conceptually and practically, and the articulate policy changes it advocated. I was also impressed that there was a national network, an infrastructure that provided technical assistance and development guidance to “CED” organizations doing the work in the trenches across the United States. This was the first time I remember hearing the term CED. It connected – it spoke to my values, it seemed to be a strategic approach to the challenges I saw in the communities I worked, and there were tools and techniques being employed that were achieving real results, for real people, in real communities.

Not long thereafter, I discovered David Pell and Susan Wismer through the first Canadian book I know of that began illustrating the stories of CED in a variety of locations across Canada (Interestingly, the book, “Community Profit” was funded by Stewart Perry, a long time associate of the Canadian Centre for Community Renewal, while he was working with the Institute for New Enterprise Development in the U.S.). What a rush.  From that time on, I knew that someday we would have to have a national network. However, I had no idea what it would look like, who would give leadership to bringing it together or how it could ever happen.

1985:  The Potential for Germinating the Seed Arrives

In 1985, two Ottawa based people who I had never heard of, and whose names I no longer remember, convened a meeting of 25 “CED Experts” from across the country to discuss CED in Canada. With the egotistical allure that accompanied the designation of “expert” and the potential networking opportunity, I took the red-eye special, about a 12-hour marathon from Port Alberni to the capital of the nation.

Once there, I soon realized that the underlying objective of these mysterious Ottawa based conveners was to engineer our collective blessing for them to lead us into establishing a national organization. While they had some pre-organized support for their aims helping lead the charge, at least half of us resisted vociferously. We got mad, then laughed about it and then forgot about it. It was a good idea but an inadequate process. Besides, the level of activity across the country was still very much in the formative stages. There was not a sufficient critical mass of activity and experience to sustain the effort required to launch a national project.

Nevertheless, I am forever grateful to these two anonymous characters. At their ill-conceived meeting, I met Nancy Neamtan and Bill Ninacs, both from Quebec. Nancy, community organizer, activist and then manager of Programme Économique de Pointe St.-Charles (PEP), Quebec’s first CDC-like organization, and Bill, ex-chartered accountant and one of the founders of a coalition of community organizations in Victoriaville that linked social and economic development, combined the values, knowledge, perseverance and creativity that was at the heart of the kinds of leadership I felt was desperately needed in so many struggling communities. The conversation was wildly exciting and animated among us (including Dal Brodhead, who I cannot remember meeting – it seems like we have known each other forever). And, perhaps most important, I had found fellow travellers who felt that somehow, someway, at some point in the future, we had to find a way of creating a means for people across the country to learn from and help each other.

Mike Lewis is well known in Canada and in